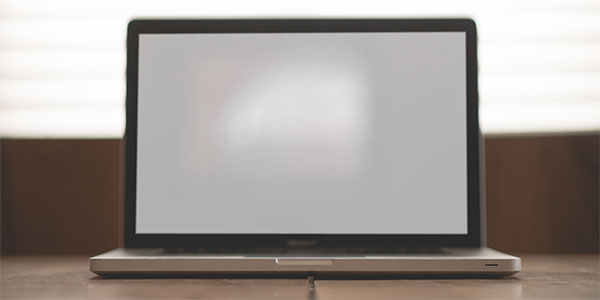 Posted at 15:19h in Statesman Columns by Sarah Barnes 0 Comments

When we got the diagnosis that our daughter would be developmentally delayed, one of my first sources of information was the Internet.

It’s sad to me now that at a time when I most needed consoling and reassurance, I went to my computer — a place where I could pound my fingers for hours a day looking for cold, hard information. Sometimes I’d be there after midnight as the compassionless screen sent words like “mental retardation,” “seizure disorder” and “no treatment” running through my mind and down my cheeks.

I read the same facts over and over on Meredith’s brain difference, called Agenesis of the Corpus Callosum, or ACC. I printed everything out to distribute to family members hoping they’d interpret the facts differently, but we all came up with the same conclusion: Our adorable baby Meredith who often smiled and laughed had a part of her brain that never formed. Walking and talking were going to be a challenge.

The neurologist had told us we’d know how delayed she would be by age 2, so I spent days on the Internet trying to find a parent of a 2-year-old with ACC in hopes of getting a glimpse into Meredith’s future.

About that time, I joined a listserv. For the uninitiated, this hooked me up to an e-mail exchange system, so I could swap e-mails with people from all over the world who have children with problems similar to Meredith’s. I talked to mothers in Australia, the Bahamas and Fort Worth. The only flaw with this system is there’s no way to narrow the choices. You wind up with dozens of e-mails every day whether you choose to read them or not.

I remember when I first subscribed, I’d read 50 messages a day, taking copious notes on how these families were coping with leg braces, special education, physical therapy and the emotional toll.

Just two weeks into it, I excitedly found a mother who had a daughter with ACC who was exactly the same age as Meredith. They even shared the same birthday. Finally, someone who could relate. Over the next year, I read her dispatches with keen interest, nodding my head as I saw her daughter experiencing progress similar to Meredith’s.

But somewhere as the year passed and another one came, her daughter surpassed Meredith.

I would see her messages like “We’re walking!” and “Milestone!” and cry. Why was it her daughter was having such an easy time? I wanted to be happy for her, but it just sent me into a depression.

In the ensuing years, I’ve been off and on the listserv. I read the ones that are helpful to me and ignore the ones that aren’t. A couple of years ago, a man named Phil joined the listserv. His messages are often nonsensical, his grammar nonexistent and his spelling is usually phonetic. He is preachy with his advice and often angry that parents cannot see the progress their child is making, however minute. He has good reason. Phil, 47, has ACC and has lived the struggles we parents can only talk about.

Though many on the listserv don’t appreciate his awkward words, I found his recent dispatch the most defining piece of advice I’ve ever gotten off the Net. He writes:

“You kids can lern, slowlly, fast.

If thay lern one thing, thay have lernt.”

How true that is. The other day Jim and I were watching Meredith at Show and Tell. She was clutching her toy dog, Spot, whom she rarely relinquishes. We watched closely as the teacher asked Meredith to share her toy. As she led Meredith around the circle, Meredith held out her dog to each child to hold.

Jim and I were stunned. We’ll never know what else she learned that day, but she learned one thing — to share at Show and Tell.

It may not be a “Milestone” or a “We’re walking!”, but it’s huge. I can sit at the computer all day and compare Meredith with children from Boston to Brisbane, but I think it’s best to just measure Meredith against herself. Hundreds of pieces of advice await me on my e-mail, but I think, today, I’ll just take Phil’s.