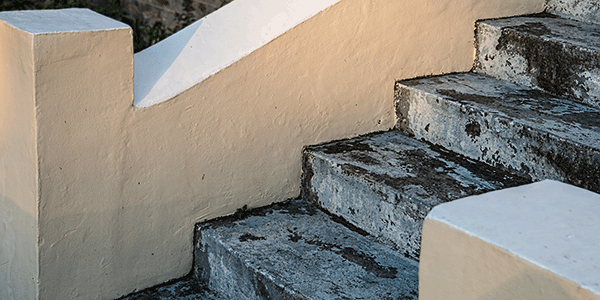 Posted at 20:13h in Statesman Columns by Sarah Barnes 3 Comments

I’m getting that question about my daughter more often now.

“What will Meredith do?”

My daughter is 17, which is the magic number for prompting questions from other parents and friends about careers, living arrangements and the prom. Meredith did have a great time at the prom, but answering the rest of the questions is harder because I’m really having to squint to see into her crystal ball.

My daughter has intellectual disabilities because of a rare congenital brain difference called partial agenesis of the corpus callosum. This means the bridge between the two hemispheres did not fully form and, as a result, Meredith has no way to get information from one hemisphere to the other, which is crucial for social, behavioral and cognitive processing.

To her credit, she does not dwell on her intellectual disabilities because that would only slow down her day, which is filled with an indefatigable level of curiosity about events and people around her, including what they are doing and wearing and what they are contributing to society. Her view of the world is on a need-to-know basis and her quick wit amuses us as much as it keeps us guessing on the quirky capabilities of her brain.

“What will Meredith do?”

Well, she will stay five more years in the Austin Independent School District continuing academics and then focusing on understanding the workplace and visiting job sites to see what might fit her skills and level of interest. She will also be eligible for social security next year and we will have to discuss guardianship issues.

I’m hoping Meredith will have a job someday and make some money herself, but her financial future largely falls on her parents. I see several scenarios, one of which is maybe she chooses to live with us for a while, but that only solves the housing issue. She will need a companion for several hours a day for the rest of her life to assure she continues to make safe and productive decisions. Maintaining this plan financially is the equivalent of paying for a year of state college every year for the better part of six decades.

Equally as disconcerting on the fiscal front is our experience as a family waiting for respite and transition services from the Community Living Assistance and Support Services or CLASS. This federal and state funded service provides a caregiver based on need, not income, and currently has a waiting list of 50,000, according to the Texas Department of Aging and Disability Services. After a seven-year wait, Meredith’s number is 8,211. It will still be three years or more before we get any assistance because of a lack of funding.

I’m getting tougher, but doing all my homework still can’t protect me from getting teary eyed over a flyer in the mail recently offering Meredith driving lessons, which is not something in her future. I held on to it for a moment remembering my excitement when I got my own driver’s license and told my mom, “I’m driving to Northcross Mall without you!”

Sometimes I just have to stop and linger at that precipice of what-could-have-been before recycling.

Despite such punches in the gut, there is a new wrinkle – a good one – in Meredith’s future now.  I can walk into our backyard and see hope in piles of lumber, exposed beams and scattered nail guns.

As Jim and I expand the one-room studio above the garage into an apartment with plumbing and a small galley kitchen, we can be safe in assuming we have one alternative for Meredith. Even though it is still on our property, Meredith would consider it a big move and, besides, do you want your child in the next bedroom for the rest of your life? Jim and I have decided this would not be our first choice.

Like all young adults, there may come a time when Meredith will prefer to live elsewhere with friends instead, but weekend retreats will be a welcomed option.  The fact that we have something set aside gives me that emotional life preserver that I have needed for years.

Apparently the entire family is already reserving the space for slumber parties, cocktail hour with friends and a quiet place to write. It could even generate income for Meredith if we rent it.

I’ll tell you what it will generate for me. Sleep.

This updated story first appeared in The Austin American-Statesman in June 2014. Sarah writes a sporadic column about the challenges and joys in raising a daughter with intellectual disabilities.