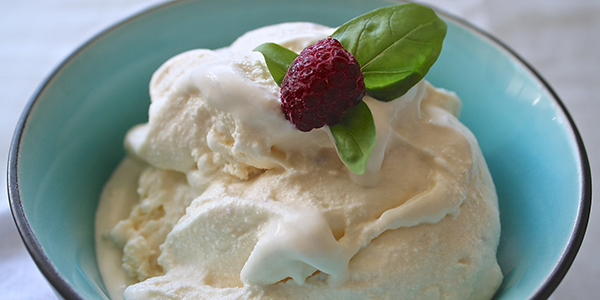 08 Mar With each step, life gets sweeter

Posted at 15:18h in Statesman Columns by Sarah Barnes 0 Comments

It’s like this. Your child has been requesting a single scoop of vanilla ice cream after dinner every night for two years. Despite your pleading and explanations of how fun it could be if she just tried chocolate or strawberry, she remains stubbornly wed to the vanilla.

Then one day after dinner, she goes to the freezer, scoops out three flavors, pours on the chocolate sauce and sprinkles, and grabs the cherries and bananas and a tub of whipped cream.

She sits down and happily eats what she’s created as if she has done it her entire life.

That would be nothing short of stunning. And the first thing out of your mouth would be to holler to your spouse, “Come quick! She’s eating a banana split.”

Then you’d call your friends, your extended family and the neighbors to express your excitement over this change. And you’d pray that it wasn’t a fluke. You’d hope, in fact, that she will be willing to try new flavors every day.

But then, the next day, she goes right back to vanilla, leaving you confused and frustrated.

Well, that’s how my husband, Jim, and I have felt ever since our 5-year-old daughter Meredith, who has developmental delays, took her first steps alone at home. Then, the next day, she abruptly stopped. She would walk a bit for her therapists and teachers, but never at home, leaving the memory of her initial steps a bittersweet experience.

On Feb. 15, Meredith walked again and she hasn’t stopped since. That night she chose to walk, we had some friends over and the gathering instantly turned into a victory party for Meredith as we watched her walk from the kitchen to the den and through the dining room.

Her gait was stiff and a bit awkward, but, to me, she looked serene, like a swan. Of course, it wasn’t really her steps I was looking at. It was the fact that, for the first time, she could spot me across the room and actually walk over to give me a hug. This is huge. When she was 2 years old, she wouldn’t even notice I was in the room unless I spoke. Back then she had no words, poor vision and her crawling was barely happening. All these past obstacles were floating through my head as Meredith walked up to me for the second time on that February night, tugged my sleeve and said, “Hi Mama!”

I’d waited so long for her to put walking and talking together. You couldn’t imagine my goose bumps.

Everyone was taking note of this moment, except Meredith’s 2-year-old sister, Caroline, who seemed to wonder what the fuss was about. She was unimpressed with Meredith’s walking, but seeing as how her big sister was getting all the attention, she decided she would join in. So as Meredith did her walking, her little sister lined up behind her and mimicked each and every awkward step as if to show us she could walk just like Meredith. Meredith really couldn’t have timed this milestone any better. The school district did an assessment recently, and it’s been decided that she can spend part of her day next year in a typical kindergarten or pre-kindergarten classroom.

I’m terribly excited, but my hopes are also laced with reserve. I so want Meredith to fit in with the other kids.

I’m not naive. I know that her awkward stepping will be noticed right away. But surely her peers will see her for her intrinsic curiosity, infectious smile and loving nature. She is not one-dimensional, not a vanilla girl. She’s a banana split in the making.