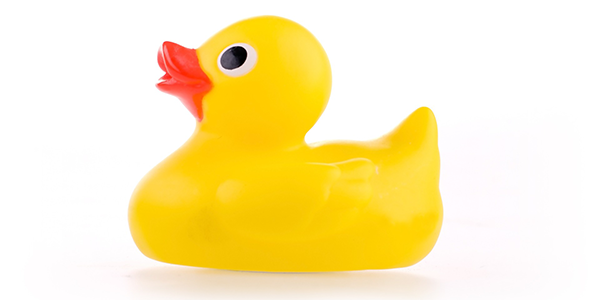 Posted at 13:24h in Statesman Columns by Sarah Barnes 0 Comments

Dressed head to toe in yellow and black bumblebee attire, my daughter Meredith eagerly points to her elementary school as we drive by. It’s the night of the Halloween carnival and the first official school event for my husband and me.

As we walk through the halls and peek in on carnival games, I realize that many of them are too advanced for our daughter, who has developmental delays and cannot stand up on her own yet or say any words. Still, we are determined for Meredith to have a good time and, as it turns out, so is everyone else.

When it’s our turn for the hoop shooting, they let us bring Meredith right up to the net so she can push the ball in. At the duck fishing booth, no one thinks anything of Meredith tossing the fishing net aside and just sticking her chubby hand in the water to fetch a prize toy duck.

Just when you think life has rules, it turns out they can be broken. We left the carnival that night feeling like Meredith, who is 3, had the same experience as all the other kids there. My husband and I felt like every other family at a school event — an important step considering we’ve spent the past three years feeling like we have a whole different roadmap to follow.

Despite our wonderful experience, however, it lurks in the back of my mind that there will be times for Meredith when the world won’t be as kind or as accommodating.

I’ve found that school has a way of forcing a parent to look into the future. The teachers and school therapists and I set goals and then I look at them month after month and mentally record whether Meredith has reached them and when she might. I wonder if in years to come she’ll have a hard time making friends? And what if she still can’t squirt glue onto paper without help by the end of the year? And when will she know that Monday is different from Tuesday?

Meredith, on the other hand, couldn’t care less about any of this. Her goal at school is simply to attempt to do what everyone else is doing and have fun at it. As I entered the cafeteria the other day, she was dipping her Cheerios in her applesauce and laughing at a little girl across from her. Meredith may have spent part of her day going up and down a ramp or learning to use a new spoon, but at that moment, she was as typical as any other pre-schooler.

I’m beginning to realize how fruitless it is to dwell on the future because, by doing so, I’m sure to miss out on the gifts she is giving now, such as choosing to console a crying child instead of playing with toys during free time at school. The teacher was rocking the little boy back and forth in his wheelchair and Meredith wanted to help.

Watching this, it struck me for the first time that my daughter is growing up in a world where she sees nothing unusual about children in wheelchairs or in using sign language to express herself. Perhaps I shouldn’t spend so much time worrying about what’s to come, because what I’m seeing in the here and now is pretty remarkable.

And yet, from time to time, I can’t help but dream about the future and about filling in that “first step” and “first word” section in the baby book. That’s why I’m hoping that next year at the carnival, she’ll jump out of her stroller, run down the hall, and yell at the top of her lungs “I DON’T WANT TO FISH FOR DUCKS!”

Sarah Barnes writes occasionally in the Austin American-Statesman about the joys and challenges of raising a child with special needs.