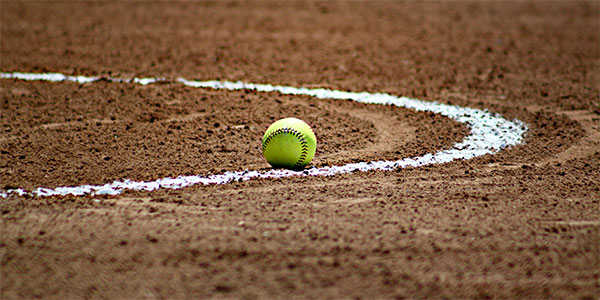 12 May Baseball for all

Posted at 15:54h in Statesman Columns by Sarah Barnes 0 Comments

I’ve never fancied myself a sports reporter, but sometimes it’s necessary to be flexible as a writer, so here goes.

At the Round Rock Express Miracle Field, a new ballpark in Northwest Austin for kids with special needs, the White Sox square off against the Cubs. Talk about an intense rivalry.

My daughter Meredith Hemphill, No. 3 for the White Sox, makes her way from the dugout to home plate. Her pink helmet sits lopsided on her head and her long, skinny legs look stork-ish as she scans the stands looking for her Dad and me.

Her developmental delays do cause her to move more slowly, but her toothy grin lets everyone know she is not taking this game too seriously.

She surveys the bats leaning against the fence and chooses the yellow SpongeBob SquarePants bat because it is her favorite cartoon character. It’s also a good choice because it’s lighter and thicker and will make hitting the ball off the tee a bit easier.

She takes her first swing, but misses. Technical foul. The catcher leans in to adjust the tee.

She takes another swing. Her bat merely kisses the ball, but she’s made contact and we’re off.

The ball dribbles down the tee and rolls slowly toward the pitcher. “Ruuuuun, Meredith!” we yell.

We get the smile again and then her “buddy,” 15-year-old Kelsey Gallagher, takes her hand and runs alongside her to first base. It’s a tense 12 seconds, but the two make it. (No one in the stands would know Meredith had major back surgery in December.)

Next up is No. 11, Jared Anderson. In contrast to Meredith, Jared is a s-e-r-i-o-u-s player. He takes to the plate and the announcer gives fair warning: “Back up, players. Jared is a big hitter.”

The tee is taken away because he’s going to hit off a pitch.

Jared, 12, who has Down syndrome, swaggers to the plate with all the confidence of Alex Rodriguez.

He taps his bat twice on the plate and calls his play, pointing his bat into the outfield.

The pitcher winds up, throws and Jared smacks the ball over his head.

He throws his bat down and makes a fast run toward first base, where my daughter awaits him. She stands in amazement as Jared prepares for his famous slide. Adjusting her ponytail, she takes a few steps out of the way.

Her buddy eventually gets her to walk to second base, where she starts a lengthy chat with the outfield players.

The next batter is up and does not disappoint. Jared makes a beeline for second base and quickly determines that he can round the bases from there. Meredith follows in tow.

The cheers of the crowd grow louder as Jared runs across home plate, followed by another player. But where’s Meredith? She’s stopped at third. With a tug from her buddy, she makes the final leg to home plate, giving a high five to the catcher. The crowd roars. It’s a defining moment for Meredith as she looks at the catcher and then the pitcher and says, “Now, what”

My husband Jim and I break into laughter in the stands. So goes the third game of the season. There’ll be no score; only big plays. And every player is guaranteed a scoring run under Miracle League rules. Everyone goes home happy.

For parents like me who have watched family activities center around siblings and kids without physical limitations, it truly is a field of dreams. The reporter in me, however, wondered how it all came together and I was truly inspired to hear what a mammoth undertaking it has been.

In a stunning example of what can happen when community volunteers, a sports franchise and a charitable organization come together, this $700,000 field was built with land from the Town and Country Optimist Club, a $250,000 donation from the Round Rock Express and a whole lot of private fundraising. More money will be needed to finish the bathrooms and concessions. (This week, someone stole 50 to 60 feet of newly installed copper tubing.)

The field, near Anderson Mill in the 96-acre Town and Country sports complex, opened for play last fall and there are now eight teams and 75 kids in the Miracle League.

Today, one of the Round Rock Express owners, former Major Leaguer Nolan Ryan, will make an appearance at the field for its grand opening.

The Miracle League was started in Georgia a few years ago and with its support, there are approximately 60 fields across the country built for kids with special needs. They all receive some administrative support from the national headquarters. The league fields are built with special modifications, including a spongy turf that makes them more accessible for kids who use wheelchairs.

Among the major supporters in Austin are Tracey and Steve Brown, a couple with three children, but none with special needs, which made this story even more compelling to me. The Browns became interested in starting a league here after seeing an HBO special about the Miracle League.

Tracey Brown says one of the most inspiring things about the league is the number of volunteer teenagers who serve as buddies to the players.

“It restores your faith in what our kids are all about. They come back without even recruiting,” Brown said. “When Steve and I saw how many people could be touched by that, it was a given that we weren’t going to give up.”

Meredith’s buddy, Kelsey, not only gives up her Saturdays, but she is also part of a group of Westwood High School girls called the Everyday Elves who laboriously make yard signs for all the players.

It nearly made me cry when Meredith got one. You can’t imagine how many years I’ve spent noticing yard signs for other families’ kids. It was always a mixture of jealousy and sadness that Meredith would likely never have one announcing her sport. Now she does, and I want the world to know it.

Our family relishes the Saturdays when we can put Meredith in a uniform, load up the car and go see her in a baseball game.

For nearly 10 years, we’ve searched for a typical family experience with Meredith. Who knew it would be one of America’s favorite pastimes? Let’s play ball!