Posted at 16:40h in Updates by Sarah Barnes 1 Comment

There are plenty of singer-songwriters who pull from personal experiences in writing songs, but my friend Billy draws from a deeper,  more beautifully complicated well. With songs about beer joints, cheese enchiladas and the Marfa lights, Billy often does not keep to the set list. He likes to wander.

As I see it, that’s just part of the charm of the Billy Eli Band’s rough ‘n ready brand of Americana-infused music.  The band also includes lead guitarist Jim Hemphill, my husband. 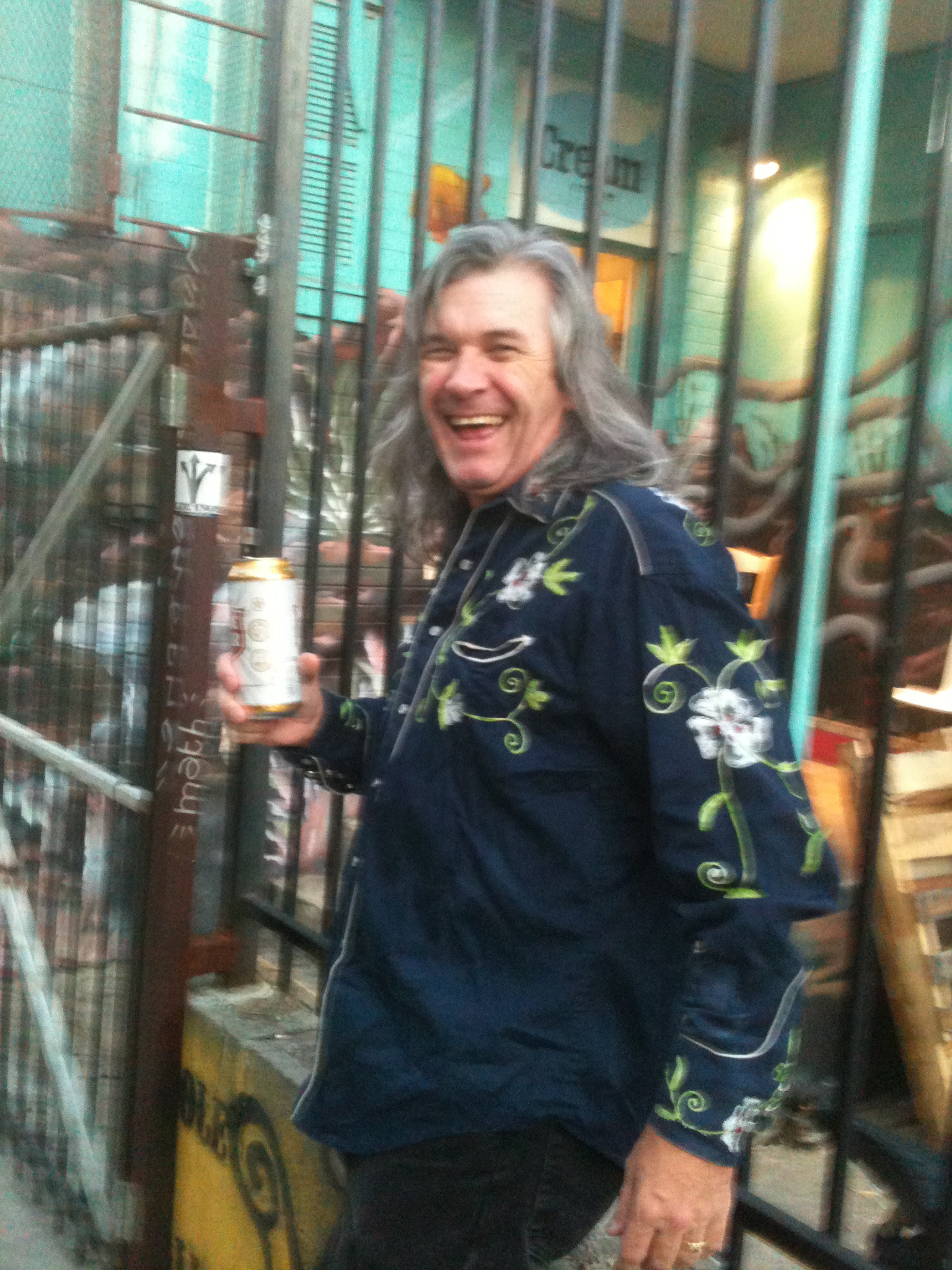 Hole in the Wall. Billy models another shirt from the Eli collection.

Originally from Livingston, Texas, Billy is currently working on a new album, which includes a cover of Lucinda Williams’ “Right in Time.” He tapped Austin’s Rosie Flores for a duet; they recorded vocals in our studio above the garage. Yeah, Rosie Flores.  And she called my favorite female artist, Lucinda Williams, “Lu.” Yep, freaking out. We chatted in the driveway and she was incredibly personable and engaging.

Jim and Billy have played gigs in Austin (Giddy Ups, Hole in the Wall, Threadgill’s) for a dozen years or so. Billy’s ease with just about every musician he meets has scored him gigs from Montgomery, Ala. to Ithaca, NY. 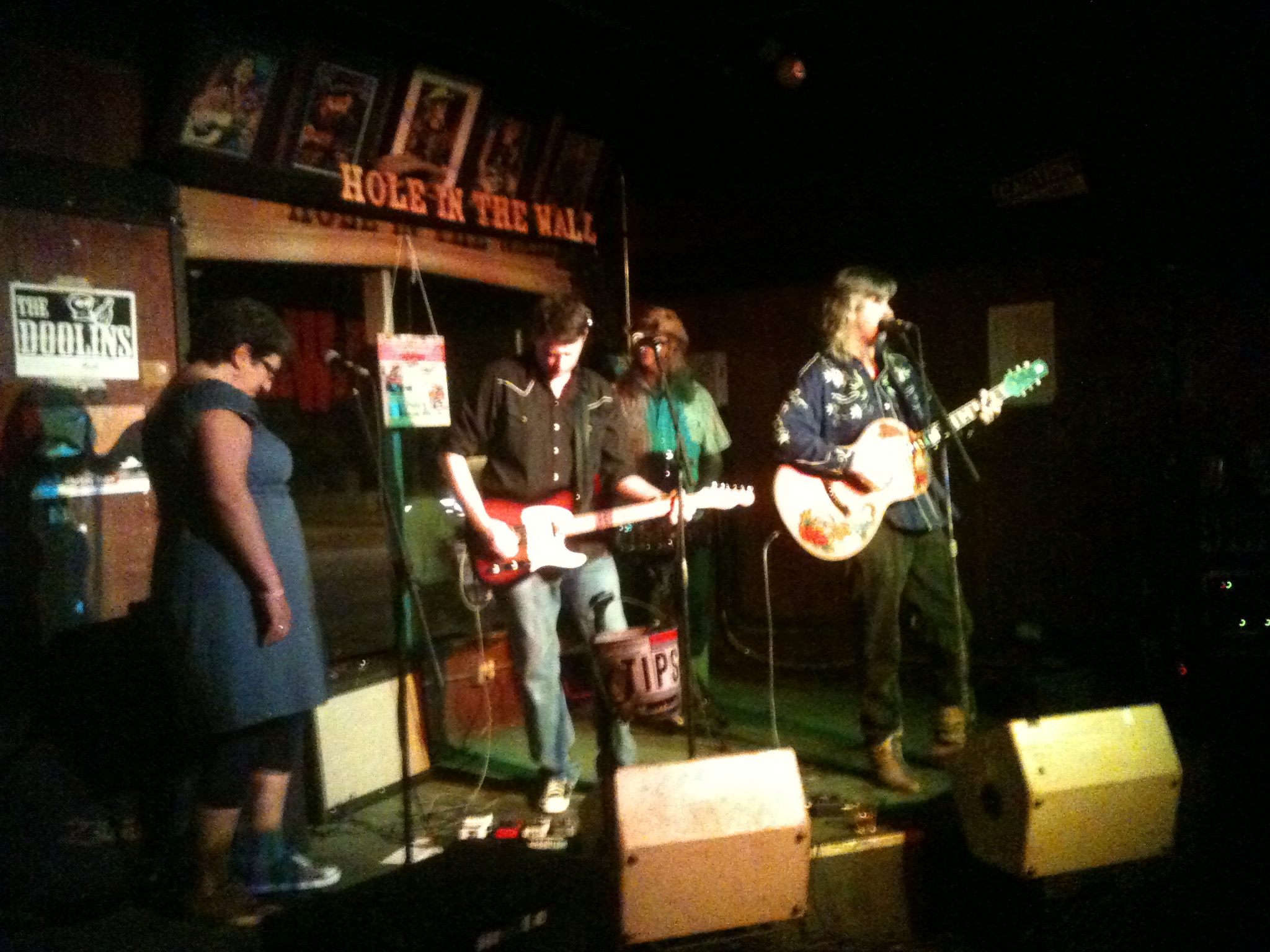 Jim saw dozens of bands at Hole in the Wall in law school. Nice to be looking out from the stage this time.

Jim and I met Billy in a support group for parents of children with special needs. Billy and his then-wife Tonie were parents of twins, a boy and a girl and his son Griffin had autism. Our daughter Meredith had intellectual disabilities. After our second or third meeting in the support group, Billy invited Jim over to play guitar. Billy didn’t actually think he and Jim would find common ground musically, but guess what?

“You can play,” Billy said.  And those three words put them together. 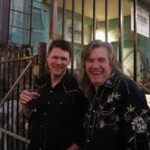 Billy wrote “People Like Us,” as a populist song about anyone who has ever felt disenfranchised, including families like ours.

There are plenty of Billy’s songs about road trips,  relationships and drinking, but none of them resonate with me more than “People Like Us” because it speaks to my daily struggle with Meredith.

So, thanks Billy for writing this song  and Jim for helping craft the music. I hear Billy is back in town from his East coast tour. When’s the next gig?

To see what Billy is up to and sample some of his songs, go to billyeli.com 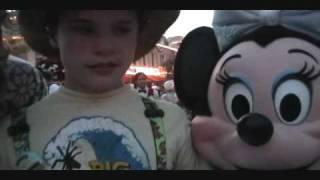