16 Jul Out of fashion

Posted at 20:14h in Updates by Sarah Barnes 0 Comments 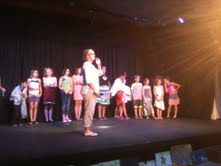 Nooooo! Spike recently announced she is retiring from fashion camp to concentrate on several other careers.

Come on, Spike. Really? I guess we all have to let go, but fashion camp will be missed more than you can imagine. Keep reading.

As a parent, I happily volunteered – pimento cheese dip included – and here are a few of my memories just so you realize what it all meant to me.

I am standing between two mountains of fabric forming bookends in a room where 20 young fashion designers look for scissors, glue, glittter, buttons, purple duct tape and, yes, Scrabble pieces. Oh, and fabric.

Every summer I’ve watched Spike turn her  car into a mobile sewing room hauling fabric, bubble wrap, pillowcases, old shirts and more to kids, who eagerly await the shipment. Ranging roughly from 7 to 18, the only rule is that they can’t leave the room because it would be bad form to lose a kid. It’s like one big fashion slumber party, but with a serious goal to finish two outfits by the end of camp in five days. The designs are put together by the kids, but stitched by two young women who stand ready at sewing machines to bring sketches to life.

“Where is my sketch book?”

Nothing seems to rattle Spike in the chaos as she solves question after question and gladly puts together a student posse to find a missing piece of  bling that must be part of the outfit.  Or sometimes a camper  will show Spike a lonely piece of  leftover fabric, which Spike will help the camper turn into a stunning two-tone, reversible skirt with a tulle hem. See? Genius.

The first day her new students are a little reticent to sort thought the discarded t-shirt mountain, but by the second day the kids get more brazen in finding the fabrics. Spike has taught them to jump on something when you want it. There is no time for second guessing in fashion, people.

I can tell you that every kid here is making his or her dream outfit accessorized with items like purses, hats, arm warmers or scarves, a staple  of my younger daughter Caroline.  My personal favorite over the years has been a skirt made of fabric and chicken wire. Spike has a way of leveling the playing field so that everyone gets what they want, including praise. 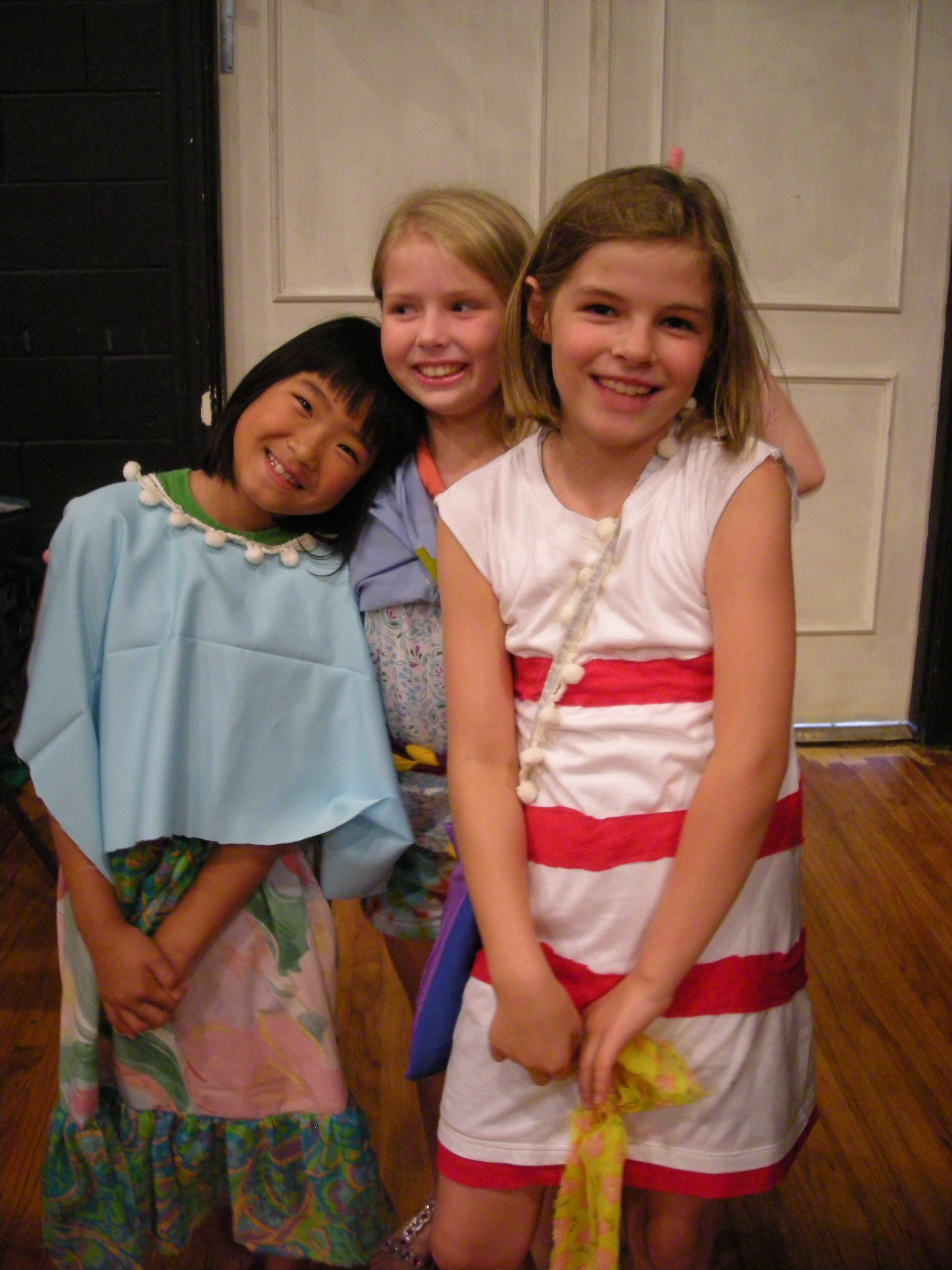 Meredith Can’t Do That, Can She?

Now that you have an idea of what Spike has created, think of yourself as a 13-year-old girl with unreliable coordination and problems with conversational speech because she is missing the brain’s corpus callosum, which serves as a bridge between the two hemispheres. When Spike, who already knew my daughter Meredith, insisted she try fashion camp, I was worried it would be too hard for Meredith because she really didn’t know when to ask for help and was not goal oriented.

Spike does not take “no” from friends. So once again she lured me into a project. The first year I stayed for most of the camp, but the second year I stayed back a bit and the third I was all but missing.

Meredith in her designer dress

Spike’s camp represents the first time Meredith succeeded despite so many distractions. Meredith delighted in being told she could create whatever she wanted. As I watched my daughter walk out on stage at the Friday fashion show she had her usual awkward gait and self-conscious smile, but her skirt screamed independence. Now, that’s couture.

Take a bow, Spike. I expect an encore.

Spike and Sarah at the last fashion show.