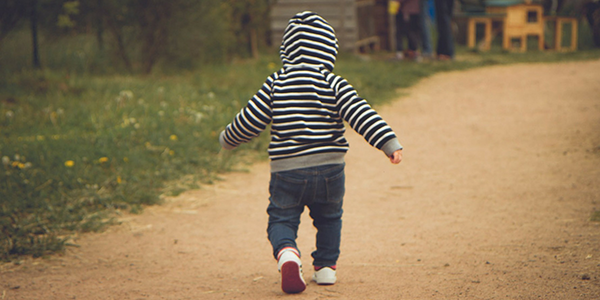 Posted at 14:54h in Statesman Columns by Sarah Barnes 0 Comments

My daughters, Meredith and Caroline, rode a wagon in our neighborhood July Fourth parade this year. As my husband, Jim, pulled them down the street, my thoughts were already turned to next year and how I hoped both of them would walk in the parade.

For Caroline, who will be 2 1/2 next summer, that will be easy. But with every year that passes, my dream of seeing my 5-year-old walk fades just a little. Meredith has a rare brain anomaly resulting in weak motor skills. When she was 1, she sat up. At 2, she crawled. At 3 and 4, she began to cruise along the furniture and use a walker. As parents who’ve watched her struggle, Jim and I have learned to appreciate every inch of progress, not wanting to set a goal that, we fear, can’t be reached.

I am happy to report that one should never say “never” to a determined 5-year-old.

A few days after the parade, we were getting Meredith ready for bed, and I had just come into her bedroom with her toothbrush.

Meredith and Jim were sitting on the floor. At that moment, for reasons we’ll never know, Meredith decided to get up on one knee followed by the other knee. Then she put her hands out in front of her on the floor and began to rise from a squatting position into a standing one. She tries this often, but never makes it to the stand. On this night — July 7 — she did.

Stunned, but ready for anything, Jim and I instinctively got in front of her and held out our arms.

She smiled big and paused to let her muscles consider what her brain was telling them to do. Then the moment that will forever be etched into our minds happened. Meredith put her right foot forward. Then her left. Then her right.

Then, for the first time, our little girl walked all the way into our arms and gave us a hug.

“Meredith,” I said clutching her tightly, “we’re so proud of you.”

But Meredith wasn’t interested in savoring the moment. She was on the go. All over the house. There were no leg braces or walker wheels to guide her, just her own flesh-and-blood legs.

Jim and I were still in disbelief as we shadowed her all the way down the hall, watching her take confident quick steps as if she had done it for years. There was only one thing to do.

“I’m getting the video camera,” Jim said. When your child does not show any interest in walking on her own for five years and suddenly just does it, well, you need proof. In seconds Jim came back to her room, camera pressed to his eye, finger on play.

Meredith did not disappoint us. She walked steadily from her bedroom to our bedroom to her sister’s bedroom and down the hall again.

I hurried back to our bedroom to call my mom.

In a few minutes, Mom and her husband, Neal, arrived and headed toward the hall where, at the opposite end, Meredith stood — quite literally contemplating her next step.

“Look Meredith, it’s Grandma Missy. Can you come give her a hug?”

Meredith smiled and looked at my mother, who had her arms extended.

With little hesitation, she walked ahead with determined steps.

Mom covered her mouth when she saw the first steps and then said, “I think I’m going to cry.”

Meredith spent the entire next hour walking all over the house. She seemed so excited to be tall for a change, seeing things at a different level without a walker.

She finally took a rest about 10:15, and her grandparents went home. Jim and I were still savoring the moment when he announced he had a surprise for me. I couldn’t imagine an evening filled with any more magic, but he emerged with a tiny sack.

Cupping his hand under mine, he tipped the sack and a tiny pair of gold shoes slid gently into my palm. “I’ve been waiting two years to give this to you — on the day when Meredith walked.”

The moment took my breath away as I looked at the little charm — a tangible symbol of a day Jim and I have been dreaming about since the doctor told us he didn’t know if our little girl would ever walk.

Someday, I hope that Meredith will ask me to tell the story behind each of the charms on my bracelet. I’ll start with the little gold shoes.