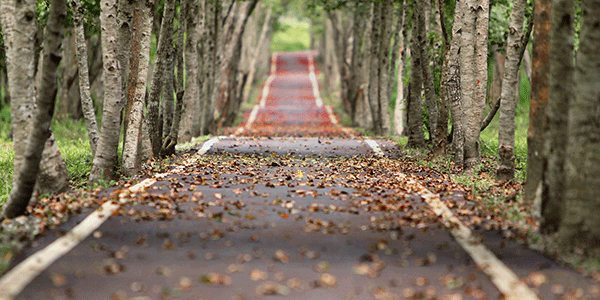 10 Oct The next step in “A Different Road”

Posted at 10:44h in Statesman Columns by Sarah Barnes 0 Comments

I heard stories from so many parents about the packing and plane trips and the poignant closing of doors as they drove away from college campuses this fall.

I saw dozens of posts on social media of their sons and daughters sitting on beds in their new dorms rooms. So many of them befriended my daughter Meredith, who has very different future ahead of her.

Meredith, who has intellectual disabilities, sits on her bed in our home and considers what to wear the first day to a new program where her primary focus will be how to get a job in the community where she lives.

For all the graduates from McCallum High School and their parents and friends who have asked me what is next for Meredith, the Transition to Life in the Community is the answer.

The program, part of the Austin Independent School District, will give her three more years of education with a curriculum based more on job readiness than her previous 12 years in special education.

I am thrilled to live in a school district with a program like this, but seeing the seniors of 2016 move on opens up a deeply buried wound for how differently I thought things would go before Meredith was diagnosed with a brain anomaly at the age of 7 months. 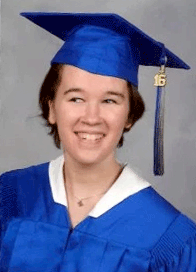 When she was born I just knew Meredith would be a writer like me and go to college and be fabulous in every way. But when my husband Jim and I got the unthinkable diagnosis that two areas of her brain were not fully formed — corpus callosum and cerebellum — our sweet role of first time parents became an eyes-wide-open crash course in leg braces, eye surgery, steel rods in her back, speech therapy, walkers and every possible way to cheat the brain.

In this transitional program under the guidance of two amazing teachers, Meredith will visit job sites and learn about employment skills and city transportation. The goal for her is to find a match with an employer at the end of her three-year course.Somehow between all those surgeries and milestones, however, Meredith learned something far more important and that was how to engage in friendships. I want employers and others to see her not for her disabilities, but for her amusing observations, loyal friendships and generous empathy that she especially extends to those with greater challenges.

Based on discussions I have had with other parents of children with intellectual and physical disabilities, this can mean anything from folding towels at a spa, setting up chairs for a church or busing tables and cleaning bathrooms.

I’ve worried for four years about her life after high school and I now have some answers, some welcome and others that break my heart in knowing already that Meredith will never drive, live alone or be able to run an errand without a companion to help her find a bus or read a grocery list.

But for whatever skills are out of reach for Meredith, she has been perfecting something this family calls her super power.

When Meredith is so inclined, she can pull out a detail about what she ordered at a restaurant we have not been to in five years. She can find almost anything that is lost because she apparently can see it as a picture in her mind. Helpful discoveries like “your keys are next to the microwave next to the box of crackers” would be a typical answer. She never forgets the color of anything.

That is a lot to fit on her business card, but I’m going to try.

Meredith and I went to a meeting recently to meet the other parents and students in this program, and I reunited with many parents I had seen in doctor’s offices, support groups and workshops over the years. It’s a small community and I am grateful we have each other.

I am always struck by the conversations I have with parents who have children with issues similar to Meredith. Pity does not come to the table, but advice about how to apply for Social Security once your child is 18 is a hot topic. So is guardianship. Nothing about it was easy, but I didn’t leave with a box of tissues either.

Meredith will be able to stay in the program until she is 22. That should give her some time to find out what kid of job she would like. She also will learn independent living skills like cooking in the apartment lab on campus.

My anxiety about Meredith’s future has been around much longer than this program and obviously I am not ready for her to move out, but I am ready to share her with a few more people because I think she has so much to offer.

Meredith has become an expert in diffusing stereotypes, and I believe she will bring a new light, a new wisdom and a boatload of humor to any job. She knows the world far better than most realize.

It’s not the life Jim and I dreamed of when she was an infant, but it’s the life she has shaped herself, remarkable in every way.

I can’t wait to see what happens next.

Sarah Barnes wrote this piece her occasional column for the Austin American-Statesman about raising a daughter with disabilities.