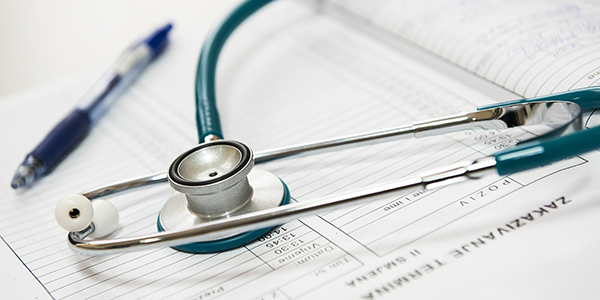 Posted at 15:33h in Statesman Columns by Sarah Barnes 0 Comments

I had first noticed a couple of summers ago that the straps on my daughter’s swimsuit were uneven. I just figured it was bad posture.

“Stand up straight,” I’d tell her.

By last summer, her entire rib cage on the right side was jutting out and her spine was starting to form a “C” on her back, medically known as scoliosis. My sweet girl, who has special needs including poor muscle tone, looked like a tomato plant that needed to be staked. I couldn’t really ignore that. And neither could her orthopedist, Dr. Jay Shapiro.

My husband, Jim, and I spent an entire year with Shapiro measuring her curve every three months. It kept getting worse. By last fall, surgery was being mentioned as not just an option, but a necessity because letting her curve go could lead to pulmonary problems down the road.

Even more disturbing was the news that after years of compensating for a crooked spine, Meredith’s balance might be changed so much by the surgery that she’d have to retrain her brain on the mechanics of walking — a frustrating possibility for a little girl who didn’t walk until she was 5.

It was ironic to me that for nine years since Meredith’s birth, I had been wishing for a way to treat my daughter’s developmental delays. I’ve prayed more than once for medical science to come up with a way to insert brain cells in my daughter, who is missing the center part of her brain. Now that we actually had a problem that could be fixed – a crooked spine – I was full of questions and doubts.

Just the description of the surgery made me wince. First, it would take roughly six hours to do the surgery. The “fusion” procedure would involve opening up Meredith’s back and attaching two rods to her spine using special screws all the way up her spine. Each screw would require that doctors drill a hole into her bone, then, they would place a bone from a cadaver over the existing spine bone and, eventually, the two pieces of spine would grow together, becoming one fused piece incapable of curving. The hardware would stay in Meredith’s back for life.

The procedure itself was just so invasive that I could hardly bear it. So I did what any distraught mother would do: I Googled the heck out of “scoliosis.” For days, I sat at my computer thinking more with my heart than my brain. Surely there was an alternative.

Jim and I took Meredith for other medical opinions, and although procedures varied, all the doctors agreed she needed the fusion surgery.

We spent weeks worrying about which procedure might be the best, and we flirted with the idea of getting the surgery done elsewhere, someplace like New York or Boston at more established medical facilities. But the more time we spent with Shapiro, the more we were convinced he was the doctor we trusted most. I realize now that sometimes you just have find a doctor you most believe in and let that professional soothe your anxiety.

We walked through a chilly garage and into Children’s Hospital of Austin at 6 a.m. on a Monday. At the front reception window in the waiting area, they gave us three wristbands, one for Meredith and the others identifying us as as her parents.

I didn’t realize until later that from here on out we would be referred to as “Parents of Meredith Hemphill” whenever there was news from the surgery team. We took a seat near the fish aquarium because I was looking for ways to distract Meredith. We tried to explain what surgery was, but thankfully, she remained mostly unconcerned about the enormity of what was about to happen.

It was important to her, however, that she have her beloved blue cat with polka dots named Dottie by her side. And before we knew it, the “Parents of Meredith Hemphill” were called to bring Meredith and Dottie back to the pre-op area.

“That’s a cool bed,” Meredith said as the nurses wheeled it in front of our small waiting room. “It looks like a boat.”
Jim and I nervously laughed about that as we began the labyrinthine walk from pre-op to the operating room. We each held one of her hands as we moved the boat bed down the hall.

It was time for the final kiss. Meredith clutched Dottie and kissed us goodbye. The sedative she had taken earlier was working well to calm her.

I was terrified, but I managed to say goodbye without tears. Jim and I stood there as Shapiro and his team wheeled her away, their voices of reassurance trailing off.

We went to wait on couches in the breezeway that backed up to an outdoor courtyard, called the “healing garden.” My mom got out a book. Jim got out a magazine. I tried to do needlepoint, but I couldn’t really concentrate. At 9 a.m., we got word that prepping was over and surgery would start.

I could do little but just sit and watch the parade of doctors in long white coats, nurses in colorful scrubs and sick children. One child was brought in on a stretcher by paramedics. There were so many stories whose endings I would never know.

At noon, a family of nine sat down beside us. They huddled around an article in this newspaper about a drunk driver and a wreck. There were tears and hopelessness and a casserole. The family would hold vigil there all day.

By 1 p.m., I was working on trying to relax my jaw. It had been four hours, and we hadn’t heard anything from the surgery team since the operation started. I decided to go out to the healing garden. A few tears rolled down my face and my mother worry mounted. Maybe something had gone wrong? My heart pounded.

“Don’t you think we should ask how it’s going?” I asked Jim after I went back inside.

Then, as if I had telepathically connected with Shapiro, we heard the announcement from the waiting room again: “Parents of Meredith Hemphill.”

The surgery receptionist said, “They’re closing now. Everything is fine.”

We celebrated. We fired up our cell phones. My mom cried. I think I exhaled for the first time that day.

Less than an hour later, Shapiro showed us the new X-ray of Meredith’s back. The curve was gone. Zero. The surgery was a lovely success even if I was looking at all the screws and 14 fused vertebrae.

I hugged our doctor.

Only one parent was allowed to see Meredith in recovery and I walked into a room full of kids, some crying, others still asleep. Meredith was awake and clutching Dottie as she opened her puffy eyes long enough to see me and say in a very groggy voice, “Now what?”
“Nothing, sweet girl, you just need to rest,” I said in the most soothing voice I could muster. Her face was expressionless and she was so still it scared me. I could find the beginning of at least four tubes and followed them with my eyes until they disappeared under her gown.

All told, she would have five lines, a catheter, 28 screws and two rods. Two of the lines were administering medicines to numb her back. A main line that started just below her collar bone was so important it was stitched to her skin.

She looked so miserable that I wanted to cry, but with the surgery over and so successful, I was elated. It was 2 p.m. and we’d now go with Meredith to the pediatric intensive care unit.

This is a humbling place. I immediately perceived Meredith’s problems were minor compared with those of the other children. As I roamed our part of the floor, I counted about eight rooms. At least three had infants covered in wires like spaghetti.

I was told the little boy next to us was “very sick.” And then I saw his mother, the same mother I saw grieving hours before in the waiting room. He certainly had more tubes than Meredith and a smaller bed. And I wanted to sit down and cry with his mother.

The PICU has changed a lot since the old days of no visitors. Now one parent is allowed to stay the night, but don’t expect the brochure experience. Though the staff was compassionate, caring and brilliant, it was still a long night. I sat up for eight hours in a chair, responding with soft whispers to Meredith’s every move and moan.

She would catch a few minutes of sleep, but there was always someone stopping by to check machines, blood pressure, tubes and her chest. Every time the respiratory team came in to have her breathe into a mask, Meredith cried and flailed as we held her down. Even Dottie the cat could not ease her fright over the mask, and Dottie had plenty of the mask treatments herself.
It was torture to watch, but I knew the mask was the first guard against Meredith getting pneumonia.

Blessedly we were released from the PICU the next day and taken down to the main kids’ surgery floor, which seemed like Disneyland by comparison. You could hear parents laughing at times, and the children were allowed to ride around the floor in wagons.

Jim and I were ecstatic because we got upgraded to a chair that folded into a bed, and we had a private bathroom. It was a virtual palace.

It was Tuesday and this would be home until Friday.

By Wednesday, most of her tubes were gone and my main worry now was whether Meredith would be able to walk again. The first time we got her out of bed, she just collapsed on the floor and would not use her legs. The next day, she put some weight on her legs, but nothing about her walking looked normal. Tears streamed down her face as she craned her neck upward, not understanding why her back wasn’t cooperating with her former gait.

By Thursday, I was in tears as well because it seemed our worst fears had come to pass. I just couldn’t imagine going through all the physical therapy and false starts that defined her early childhood.

What a difference a day can make. By Friday morning, Meredith was putting weight on both legs with two of us at her side. She was going to walk again, especially if it meant she could go home.

These are Meredith’s favorite words lately.

And so the dance begins between how much Meredith really can do and how much she just wants to manipulate me. My husband and I are still helping her up and down the stairs and often carrying her when we are pressed for time, but other than that assistance, her gait is virtually back to normal.

Her best motivation seems to be the parade of 8-year-olds, including Lizzie, Emma, Bridget and Aisling, who have been visiting nearly every day. With her friends, Meredith is more willing to leave her stuffed menagerie on the couch for a walk.

The beautiful thing is that none of her friends have asked to see her back or even talked about the surgery. They just want to see the only Meredith they know: a funny, empathetic, engaging friend they have missed.

And so the big surgery that became my life for months is now over. We will all move on in this new year. Meredith will do so with a straighter back, and I, with a new appreciation for the resiliency and tenacity of my little girl.