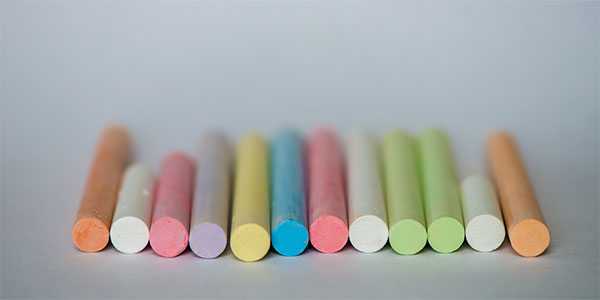 Posted at 15:49h in Statesman Columns by Sarah Barnes 0 Comments

We’re halfway into summer and I’m still filled with emotion over my daughter Meredith’s end-of-year school picnic at Reed Park in Central Austin.

It was the fourth time my daughter has attended the celebration with her Early Childhood class, a special education classroom for ages 3 to 6 at Casis Elementary School. But this time it was different.

Her teachers and I marveled at how Meredith abruptly left the picnic table and went to climb on the playscape. Four years ago at the same park and the same playground, she sat on a blanket and watched.

Meredith, who has developmental delays, didn’t walk alone until she was 5 and she has poor depth perception, so you can see why her accomplishments could make me teary-eyed. But it’s more than that. This year’s picnic marked the end of four years for Meredith at Casis.

Although some children catch up developmentally and enter regular kindergarten, Meredith will stay in special education and move to a school that has a program called Life Skills, which is more appropriate to her age and skills levels.

It’s a gypsy life sometimes for children in special education. They often can’t attend their neighborhood schools because lack of funding and space issues won’t allow all schools to have all programs.

There will be plenty to share about our new school in the fall, but, for now, I want to reflect on Casis, a school that became so much more than bricks and mortar and colorful drawings lining the halls.

I won’t forget my trepidation over that first day in 2000 as I carried 3-year-old Meredith into the classroom. It looked much like any preschool room except there were wheelchairs, sign language cards and modified computers. I remember folding up Meredith’s walker on that first morning and putting it in the corner.

“No,” said her teacher, Maryteresa Tracy. “Leave it in the middle of the room.” I want the other children to know she uses it to get around the classroom.”

That’s when I realized compassion and integrity would drive this classroom, not pity.

Since then, Meredith has flourished. She started out crawling across the classroom floor in bulky braces. Now she walks by herself and she can make it all the way to the cafeteria and back to her classroom.

In the beginning, she had no words. We tried talking computers, sign language and picture cards, none very successfully. Then a breakthrough came and now she can say the names of all her teachers, much to their delight.

Some might call the past four years a miracle for a little girl who was born with the middle part of her brain — corpus callosum — missing. But I know better. It’s the unequivocal dedication of a team of special education teachers and therapists who wait three years to hear their name uttered for the first time.

It’s tiny waves of progress in an ocean of hopes, frustrations and false starts.

It’s having the patience to ask Meredith a question in group time every day and rarely getting a timely answer, but knowing that the answer is up there somewhere in that confused little brain trying to come out. And maybe it will happen this summer, or in the fall or in 2006. But they will celebrate the answer all the same when it does arrive.

It’s about bringing Meredith into a regular kindergarten physical education class and taking her through the games at her own speed and in her own way.

The process also taught typical children a little about respect.

It’s about spending hours adapting a chair and footstool with Velcro and duct tape so that Meredith can eat her school lunches in the cafeteria without losing her balance. It’s about changing a diaper on a 7-year-old and preserving her dignity. And, finally, it’s about a faculty and principal who always listened to me, took nothing for granted and frequently pushed Meredith one step further than she or I thought she could go.

On the last day of school, teacher Elizabeth Wallace, who spent more one-on-one time with Meredith than anyone else at Casis, told me through teary eyes what a hard time she was having letting go.

You put my mind at ease, you soothed my anxious heart and you made me proud to be called “Meredith’s Mom.”

Thanks for letting her go, so gracefully.