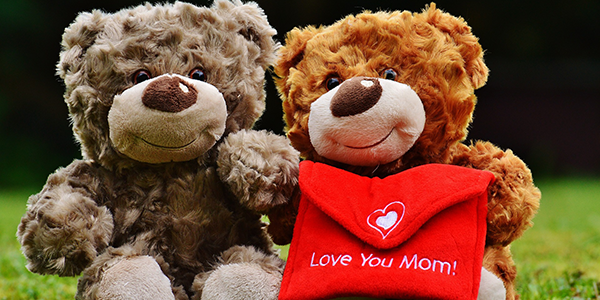 23 May At last, the one word I’ve longed to hear

Posted at 14:42h in Statesman Columns by Sarah Barnes 0 Comments

Of all the words I’ve written about my 5-year-old daughter, Meredith, who has developmental delays, none has been as rich as what I’m about to tell you.

She is practically taking steps on her own, and she can run using her walker. But that’s not the best part.

She is still saying “yea-aah” and now she’s added “blue,” “me too,” “there,” “Meredith” and “sissy” to her vocabulary. Nope, still not the best part.

At her recent fifth birthday party, she not only kept up with many of her friends physically, but led them from one activity to the next. Wonderful, but still not the best part.

It happened shortly after bath time on a recent Tuesday. We were getting Meredith and her younger sister, Caroline, ready for bed. Caroline was toddling all over Meredith’s bedroom seeing what kind of trouble she could get into. Meredith was cruising along the side of the bed coming toward me. My husband, Jim, was in the middle of the room with the sort of look that asked, “Which one do I tackle first?”

Meredith kept taking steps toward me. I was sitting on top of her bed so I was looking down at her. When she got to my place on the bed, she looked up at me and smiled. And then, with no warning, my little girl searched her brain connections and her heart and for the first time said “Ma-ma.”

“I know, I heard,” Jim answered with equal astonishment.

Then I could no longer contain my enthusiasm.

I scooped her up on to the bed and said, “Meredith! You said ‘Mama’!”

She said it over and over again as she tightened her arms around my neck. It’s as if she wanted to tell me she had been trying to say it for the past four years.

And she hasn’t let me forget it. This scenario has gone on all week. Meredith can be all the way across the room and say “Ma-ma” and hold up her arms for me to give her a hug. She loves the fact that I am so excited about her newest word.

I’ve told so many friends about this already, but none are as touched as Meredith’s speech therapist, Christy.

“I have big news for you,” I told her last week as we entered her office. I turned to Meredith and said “Meredith, who’s this?” pointing to myself. Meredith leaned into me, then immediately clammed up and said nothing. Don’t worry though. Two days later she said “Ma-ma” for Christy, too.

I know being able to say my name is not the most important life skill Meredith will ever have, but it’s a milestone that gives me great hope that more big moments are just a breath away. Mama. It’s just a word, but the sweet sound of it reminds me that I’m more than just a part-time teacher, therapist and pack mule for Meredith’s special needs. I’m her mama, and I’m the only one in the world who can say that.

It’s been nearly a week since the first “Ma-ma” and today is Sunday. Not just any Sunday, but Mother’s Day. I went into Meredith’s room this morning and asked my usual question: “Are you my favorite 5-year-old girl?”

She usually responds with her favorite word, which is “yea-aah.”

Instead she just opened her eyes and said “Ma-ma.”

Hallmark’s got nothing on this family.