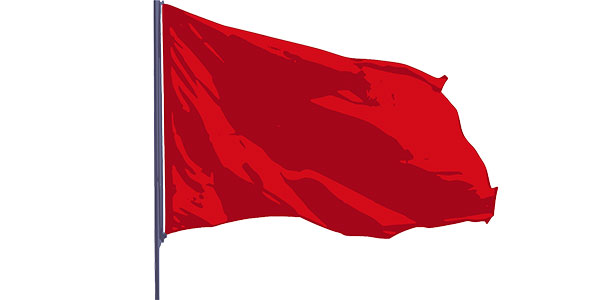 Posted at 12:00h in Statesman Columns by Sarah Barnes 1 Comment

Update: The following story recently won the Barbara Jordan Media Award in the “commentary” category. The annual Texas journalism contest is sponsored by the Governor’s Committee for People with Disabilities. This story appeared in the Austin American-Statesman as one of Sarah’s columns called “A Different Road.”

How big can you make a red flag? I’m going to need lots of fabric.

My daughter’s physical therapist, Amelia, explained to me recently that while she was helping Meredith do a stretch, she asked her to play a game choosing action figures from a basket. Meredith’s first choice was a figure of a little girl using a wheelchair. Amelia then asked Meredith to choose several friends for the girl.

By the end of the game, all the friends chosen by Meredith had disabilities.

One can come to many conclusions, but it appears to me that my daughter, who is almost 13, is getting the message that people with disabilities are apart and separate from those without.  And why would my daughter come to this conclusion?

Meredith, who has physical and intellectual disabilities, has been invisible to the majority of her sixth grade classmates this school year. She goes to a science lab once a week and an art class, but the rest of her academics are in a self-contained classroom.

I’ve written many words over the past year about my anxiety over what might happen to my daughter’s level of inclusion once she got to middle school. I had hoped that she would see many of her friends from last year in the halls and cafeteria and before school. But my assumptions were apparently not based in reality.

I was told the hallways are too crowded for it to be safe for my daughter. Perhaps that’s true, but it seems to me that with one of the available aides, she could get through the hall just fine. Her section of special education is called “Life Skills”, so I figured this type of experience would be representative.

Then, there was the wait before school.

Meredith is the only kid in her classroom who does not take the bus to school. It’s a matter of convenience and tradition that most students in special education who take a separate bus will enter the school from a side door or back door. This means when Meredith and I are early – we usually are due to her sister’s schedule – we wait in front of a locked door until an aide arrives, which is usually not for 15 minutes.

Last December I began to realize the full impact of this rule. Meredith and I were driving to school as usual and we passed the line of cars that were dropping off students early at the front entrance.

I drove around to the back of the school and waited in the car. There was a break in the rain, so Meredith and I bolted for the back door and stood under the overhang.  I pulled Meredith and her backpack in to avoid the drips and we waited.

And then I got the wakeup call.

“Why do we have to wait here?”

Fewer words have started revolutions and this was going to be mine. Meredith’s question gave me shivers up my spine and it wasn’t because it was cold and rainy. Why was I being so compliant with a rule that hindered access for Meredith?

Even Meredith was beginning to realize she had an unfortunate ranking in the middle school hierarchy. While students in regular education arriving early are allowed to wait in the dry, climate controlled cafeteria chatting with friends, Meredith must wait outside behind a locked door. Alone.

I wondered if the rules during lunch time were also excluding Meredith from her general education peers. So I made a visit. As I sat there at the end of the table, Meredith sat quietly with her three classmates in special education. Nobody conversed. Nobody laughed. Nobody else wanted to sit there.

Just months earlier, Meredith giggled and asked a million questions of her classmates in fifth grade. After leaving the lunch line in elementary school Meredith would choose where she wanted to sit. It was a chance to make a social choice – something her classmates did several times a day. When I visited her lunch period in middle school and found out that she sat at a table that was virtually segregated from the rest, I was horrified.

The middle school staff told me that Meredith had the freedom to sit wherever she wanted. Given that her class went to an empty cafeteria for the first 10 minutes and left early and that the majority of kids during her lunch period were in eighth grade, the offer did not seem workable.

Next I visited the library where I found out Meredith had never checked out a book because that is not part of the traditional curriculum for students in the Life Skills classroom. The fact that one of the most accessible places in the school is excluded from my daughter’s regular routine because she has disabilities is unacceptable.

I’ve always tried to be reasonable when it comes to different rules for Meredith. I am a realist in my expectations, so when advocates have offered to come out with pitchforks, I have always said  “give it time.”

Meredith is currently in week six of her more inclusive schedule at Austin’s Lamar Middle School. I have to credit the special education staff here for listening and coming up with a plan to make Meredith’s school day look more like that of a typical student.

My daughter now walks in the front door and joins a teacher’s aide who takes her to the cafeteria and then to another sixth grade meeting place until the bell rings. The same aide also takes her to a different lunch period where she can see her friends. I spoke to the librarian and she’s establishing an area where Meredith and her friends receiving special education services can check out books on an appropriate reading level.

Meredith hasn’t verbalized a lot about the changes, but she doesn’t have to. Every time she runs for the front door I can sense her excitement and when she names a new friend she met at lunch, it gives us much to talk about.

I think students in a typical classroom or lunchroom can learn as much from Meredith as she can from them. If Meredith is to become a productive citizen, then there must be a paradigm shift in the schools regarding inclusion, especially in the middle schools.

“I’m a firm believer that with the right supports and a dedicated attention to our work that we will be able to do a better job of serving our students with special needs, but more importantly including them in all the things that provide our students with a much more comprehensive experience in our schools,” Carstarphen said at a recent meeting for parents with kids in special education.

“That means including them in everything, not just academics, but our extracurricular activities, making sure they can be part of all the experiences that our other students have,” she said.

I really hope so.

My favorite memory of Meredith’s fifth grade experience was watching two of her friends in regular education squabble over who would sign her yearbook first.  That observation may come from a teary-eyed mom feeling a sense of triumph, but it also comes from a reinvented, more proactive mom who thinks the bridge between two different academic programs should be crossed more often.

It doesn’t trouble me that kids see Meredith as a student that needs an aide; it troubles me when they don’t see her at all.

Open your eyes. She’s coming in the front door.