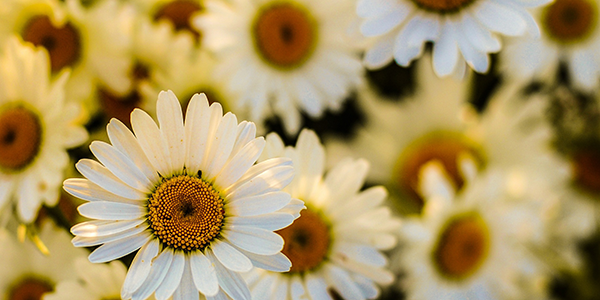 Posted at 11:16h in Statesman Columns by Sarah Barnes 0 Comments

Earlier this month was Meredith’s seventh birthday. Things have been more chaotic at our house than usual because we just moved. Though Meredith seems to be happy in the new house, she’s constantly asking which house we are driving to when we’re in the car.

Indeed this is a relevant question. We haven’t sold the old house yet and we’ve spent most of our free time shuttling boxes back and forth. I’d been wanting to give Meredith a feeling of being settled, an understanding that the new house is the new home. She loves flowers and the outdoors, so I decided to designate an area of our yard as her very own garden for her birthday present.

Over the past few weeks I’ve been collecting garden decorations, including a birdhouse, a child’s bench and a garden stake with little glass fireflies that light up at night. I made a path with paving stones left over from our next-door neighbors’ house. We’ve planted impatiens, a gardenia and rosemary.

But this lovely little garden is just a small part of Meredith’s birthday story. The bigger gift came in the form of a 6-year-old girl named McKenzie Green, who came over to our house to help plant the garden. Meredith met McKenzie at Casis Elementary School in an Early Childhood program that combines children who have special needs and children, like McKenzie, who don’t.

This is how Meredith met McKenzie. Though they are now at different schools, they have kept in touch. From the very start McKenzie took a special interest in Meredith. No one ever had to tell her to reach out and hold Meredith’s hand. She was often right there leading Meredith from one activity to the next and helping her on the playground. She talks to Meredith as she would any other peer. More importantly, she waits for an answer, which can take an unusual amount of prompting and patience at times.

This never became more obvious than when she began to help Meredith with her garden. It was clear right away that McKenzie wasn’t just here for a ceremonial planting. She had brought three impatiens and one gardenia and she was going to plant all of them along with the plants I had selected.

Her sweet face grew pink and her knees began to get dirty, but she continued to dig, pigtails flopping down around her chin. She’d look up occasionally and ask Meredith where she wanted the next plant. They always agreed on the spot.

Twelve plantings later, they were done.

Sitting around the edge of the garden, Marie Green, McKenzie’s mother, and Adrienne Watt, Meredith’s grandmother, and I marveled at how two such different little girls could have bonded so beautifully. But maybe it takes the eyes and heart of McKenzie to teach me that Meredith really isn’t so different. She wants the same joys as any little girl. She just needs extra help in being led to them.

When McKenzie was finished, the girls took turns watering the newly established garden. They sat on the bench together and McKenzie instinctively reached over to hold Meredith’s hand. Meredith beamed.

As I walked McKenzie and her mother back to the car, McKenzie looked back one more time at the front porch where Meredith was standing. She stopped and went back up the steps to the front door to give Meredith another hug. There was total silence between the two of them.

Meredith didn’t need to come up with any words to convey how she felt at that moment. McKenzie just knew.