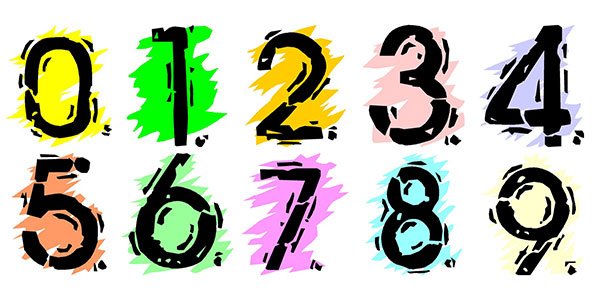 As the year at Gullett Elementary churns to a close Wednesday, I’m speechless at how far my daughter Meredith has come, academically and socially, in the first grade.

First grade is a happy milestone, yet it’s also bittersweet with the realization that your child is now hurtling toward independence beyond diaper training and story choices. A typical first-grader can write his name fairly quickly, read a book, take turns and stand in a straight line. And, after all, how many of us spend part of our day standing in line (lunch at Central Market) so we can sign our name (Visa charge)?

See? There’s a reason why they say first grade is the most important one.

Not much has changed since I was in first grade, and I can say that literally. I attended first grade at Gullett in 1969-70, so I roamed the same halls as my daughter and ate lunch in the same cafeteria. As I peek in my old classroom, I notice the chalkboard is in the same place and so is the teacher’s desk. The view of the old oak tree is still clear from the window. It’s been 35 years since I sat there with my No. 2 pencil and Big Chief tablet.

So much looks the same, but there is one huge difference. I don’t remember any children in my first-grade classroom with physical disabilities or slower cognitive skills like my daughter Meredith. Back then, children with developmental delays usually lived in an institution or attended a “special school” in an environment apart from kids at more normal ability levels.

Thankfully laws and new thinking have changed that for children at Meredith’s level. Each morning, Meredith spends about an hour in a typical first-grade classroom before returning to her Life Skills classroom for a tailored academic program, called an Individual Education Plan. She has learned buckets of new things in her special ed classroom, but, knowing her teachers and therapists, I never had any doubts that she’d grow in knowledge.

It was the socialization in her first-grade classroom that worried me more about this academic year. After all, Meredith has been grouped with other children with special needs her entire life. She has never been the only one that is different.

I wrestled with the potential heartbreak that her differences might bring her — and me — by surrounding her with typical children.

Thankfully, that imagined pain never surfaced. If I’ve learned anything, it’s that one should never doubt the can-do spirit of a room full of 6-year-olds. They’ve made Meredith a friend, not just a visitor.

They’ve held her hand literally and figuratively through the paces of first-grade life.

Every morning she walks in to a chorus of “Good morning, Meredith” as one or more of the kids jump up, grab her hand and lead her to her chair. They’ve shared their books and projects with Meredith. They’ve made up silly games together and patiently identified letters and colors for Meredith when she’s not sure. They’ve learned to never count out Meredith, because one day she’ll do something totally unexpected.

“Meredith knows all our names!” I was told enthusiastically a few months ago by more than one of her classmates. They always give me updates on Meredith when I visit. Six-year-olds are like that.

This comes as not just a huge relief for me, but a tender realization that the hearts of 21 first-graders can be so full, so forgiving, so free of judgments.

So thank you, Emma, Lily, Iris, Lala, Sierra and all the girls and boys of portable E-1. You were so much more than Meredith’s escort. You insisted she try the monkey bars. You learned her way of getting up the stairs. You made room for her in your circle time. You made her feel just like one of the gang.

And thank you, teachers Judy Dismukes, Sally Allin, Laura Pedersen, Nickie Nall, Shenell Brooks and principal Sandy Leibick, who all refused to see Meredith as anything but another eager learner regardless of which classroom she was in.

I know that someday, the picture might not be as rosy. There will be bumps on the academic road, let alone the social leaps Meredith will have to make in future years. But I’m not going to dwell on that right now. I’ll just remember what Dismukes said earlier this year during a wonderfully chaotic first-grade party: “You’re only 6 once.”

This column, “A Different Road,” originally ran in The Austin American-Statesman on May 23, 2005.