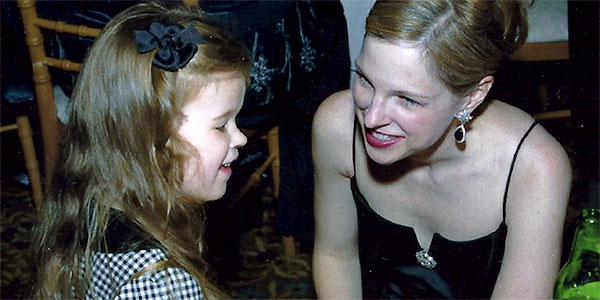 Posted at 11:55h in Statesman Columns by Sarah Barnes 0 Comments 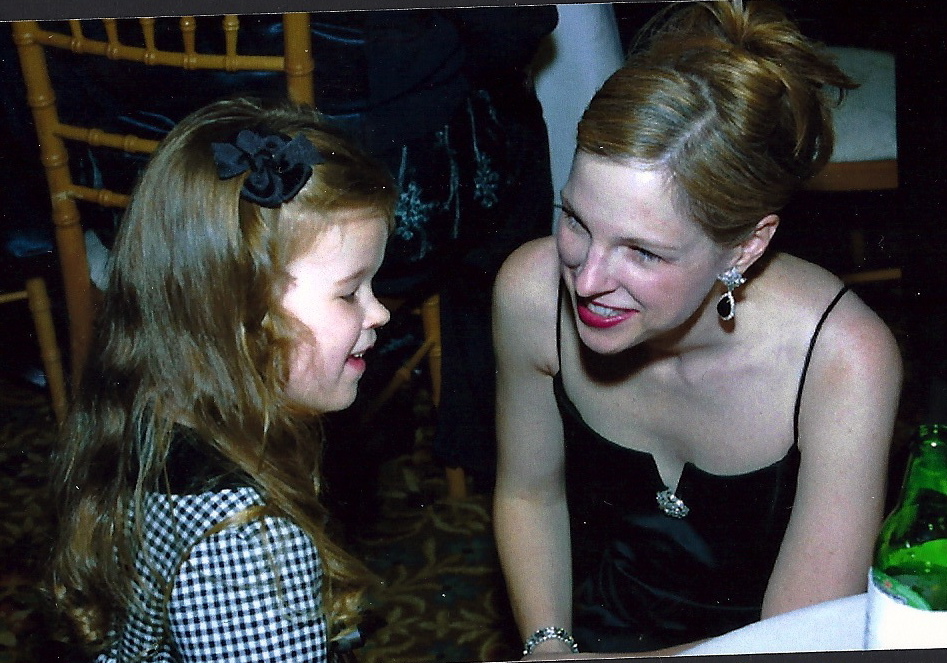 A friend of mine commented recently that my daughter Meredith looked like a princess. Though I haven’t seen many princesses using a walker, I had to agree.

Jim and Meredith and I were attending a gala at the Four Seasons to benefit Easter Seals-Central Texas, a place that provides outpatient rehabilitation therapy for Meredith and other children and adults with developmental delays or other disabilities.

It’s rare for anyone to see my 4-year-old in a dress because it impedes her mobility. She can’t get up and down from her walker without getting the dress hung up on her shoes. And if she’s crawling, which is still her first choice for mobility, a dress gets stuck under her knees.

So my little tomboy was looking awfully girly for the party.

I had gone down to the Four Seasons earlier that evening to help the volunteers get the silent auction ready. I wouldn’t see Meredith in her ensemble until later at a reception with her daddy.

When I walked into the crowded room looking for Meredith and Jim, I couldn’t believe what I saw. It was a Meredith I barely recognized. Her black-and-white dress with the velvet trim looked striking next to her daddy’s tux, and her long hair worn down for a change coiled in beautiful curls around her neck and shoulders.

My pace quickened as I made my way around the bar to get to them. As soon as I said Meredith’s name and got down on my knees, she flashed her winning smile — one that said she had the whole room locked up. My princess was holding court. She’s learned that a lack of speech does not get in the way of her ability to charm.

Though Meredith is the official child representative for the local Easter Seals this year, Jim and I pondered whether to bring her to the charity event. We didn’t want her to feel as though she were on display. But as soon as we saw the reaction of everyone, we knew it was the right decision. So many people came up especially to meet her and learn more about her disabilities. Meredith stood proud and tall in her walker, making her way around the Four Seasons as if she’d done it all her life.

All too soon it was bedtime for the little princess. Jim and I bid her adieu as her carriage — actually her baby sitter Kathleen’s Toyota Corolla — whisked her away. The evening was over for my daughter, but the Cinderella story was just beginning for Jim and me.

We went downstairs and browsed through the silent art auction. In addition to autographed footballs, baseballs, fine art and a diamond ring, there were close to 30 paintings done by children from Easter Seals, including Meredith. (I was pleased to see that Meredith’s picture already had a $35 bid.)

As the program got started in the ballroom and we sat down to eat, several speakers took turns at the podium. Barbara Orr, the art teacher who volunteered to help the kids at Easter Seals with their paintings, had a surprise in store for us. I teared up as she told the audience of 250 about a brave little girl named Meredith who was willing to have her feet painted and then make footprints on a canvas while holding on to a therapist. The result was an abstract titled “Sixteen Steps,” named for the number of steps Meredith took in therapy the following week at Easter Seals — a record for her.

I put my hand over my heart and looked at the next table where my mom was sitting. She also was teary-eyed. Jim put his arm around my shoulder and squeezed it.

It truly was a night for Meredith to be belle of the ball.

The next morning I checked in on her and found her still fast asleep. Her black and white dress was draped over a chair.

When she woke up, I would tell her how many people loved her painting and how so many stopped to say how well she was progressing.

If Meredith had a Prince Charming that night, it was a room full of generous givers who could see that a little girl with orthopedic shoe inserts and a determined hold on her walker deserves every bit of the magic Cinderella had.