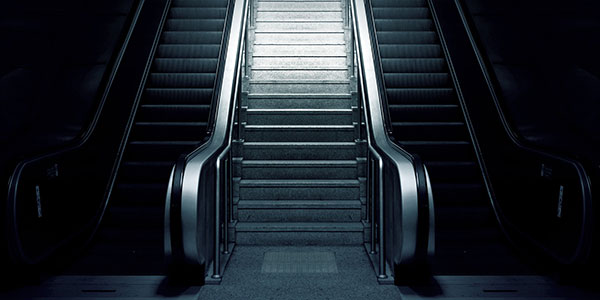 Posted at 15:51h in Statesman Columns by Sarah Barnes 0 Comments

I’m on the upper level of Austin’s Highland Mall hiding between Children’s Place, a clothing store, and Radio Shack.

It’s a weekday morning with few shoppers, so it’s a perfect time to spy on my daughter Meredith.

As a fifth grader with a visual impairment, she comes here once a week with her therapist Marjie Wood, who is trained in orientation and mobility therapy with the Austin Independent School District. Marjie and Meredith have been together for a decade conquering obstacles that most of us don’t even give a second thought.

Meredith didn’t walk till she was five because of a brain anomaly called Agenesis of the Corpus Callosum which impairs some motor function. It took another two years for her to traverse grass, potholes and wood chips and she still sometimes needs help on and off curbs. One of the reasons she sometimes stumbles is because her legs are uneven and compensating for the steel rod in her back sometimes throws her off balance.

But it’s her vision that may have the biggest impact on her mobility.

Meredith was born with the center part of her brain underdeveloped and for reasons no one can really explain she cannot use her eyes together. She uses them one at a time, which is laborious, but it works for her.

This makes things like stairs particularly challenging because without binocular vision, she loses much of her depth perception.

With all this going on, it’s remarkable how Meredith finds the energy to start the day, but, here she comes into the mall, undaunted.

The first thing she does is look for the mall map. She’ s right below me so I bend a little to hide behind a plant.

Marjie glances up at my post and spots me. Game on.

Meredith makes a beeline for the escalator. This is why I am here because Marjie says Meredith can now get on and off, but I’m skeptical. In fact I avoid escalators when I’m alone with Meredith because I’m worried she’ll lose her balance and send us both tumbling. It also takes Meredith a full two minutes of standing at the escalator to work up the nerve to get on and then usually I ended up lifting her on.

And, so today I watch and hopefully see for myself what Marjie has been telling me for weeks. I’m guessing at any second Marjie will get in front of her and start giving her verbal cues to coax her on the escalator. But my guess would be wrong. Marjie stays behind her and with virtually no prompting, Meredith hops on the escalator without a nanosecond of hesitation.

Huh? My hands are over my mouth and I’m whispering to no one in particular “Oh My God.” Marjie and Meredith are about half way up when Marjie turns around to find me and our eyes meet. I throw my hands in the air and Marjie flashes me a thumbs up sign.

I continue to spy as Meredith gets off the escalator – an equal challenge – with absolutely no trouble. Then she runs over to the down escalator. Marjie follows and the two begin to look like a game of cat and mouse as they go up and down … up and down.

I can’t help but see the metaphor for my life here.

Meredith has become a different kid this year in fifth grade, her final year at Gullett Elementary School. In addition to her escalator surprise, she recently began tracing letters meaning some day she may write her name.

Her social life is beautifully hectic. She can now carry her own lunch tray and she proudly sits with her friends in the lunchroom buzzing with conversation.

Meredith’s world, largely created by Principal Janie Ruiz, and teacher Bonnie O’Reilly and a classroom of energizing fifth graders, is defined by a seamless culture of inclusion where kids with disabilities and kids without disabilities learn side by side.

But despite all these poignant leaps in physical and mental development I was told in a recent school meeting that Meredith will be getting a new label next year: Mentally retarded.

I was told I could think it over. The reasoning is that the label better fits her disabilities and that technically the definition is correct for Meredith based on her school testing. I tried to think about it logically on my drive home that day, but all I could think about was that other label – “retard” – and how that was going to feel if anyone ever used it to refer to my child.

By the time I was at the corner of Koenig Lane and Burnet Road, the tears were racing down my cheeks. And that would be the down of my escalator.

It’s not just that my baby is growing up; it’s that so is everyone else. It’s a mixed bag of grief and hope for a parent who has to reconcile the idea that while other kids are continuing to move ahead in academics their own child has not kept pace and will never catch up.

Meredith learns differently, but I didn’t know until I visited her middle school that vocational activities like doing school laundry are pushed as early as sixth grade.

A child like Meredith, who has spent 60 percent of her day in a regular education classroom, will be excluded from nearly all these same classes in middle school. She won’t see her friends nearly as often either because their world will become one of advanced placement classes and extracurricular activities.

There is no pity here, but in coming months I will have to explain to Meredith how different her day is going to look

To be fair, Meredith may not be in the classroom with her peers in regular education all day, but her curriculum is inventive and exciting and under her special education teacher’s skillful guidance, I know she will learn much.
And if I know my daughter, she will tackle this new experience with hundreds of questions for her teacher and an unapologetic enthusiasm for learning the names of all her fellow sixth graders. I’m not sure what she’ll do the second day.

Back at the mall, I continue to watch in amazement at Meredith’s escalator prowess. I don’t see a daughter with mental retardation.

I see a daughter who at times can demonstrate the mental concentration of a tightrope walker. I see a daughter who is blessed with the curiosity of a scientist and the devil-may-care attitude of a fifth grader. I see a girl who has won the attention of a classroom full of fifth graders who go out of their way to help her on the playground. They invite her to birthday parties and they are bummed out she will not go to their magnet schools next fall.

I understand labels exist for reasons of testing and placements and other hard conclusions, but it’s my hope this new label for Meredith will remain in the file cabinet.

This column, “A Different Road,” originally ran in The Austin American-Statesman on April 18, 2009.