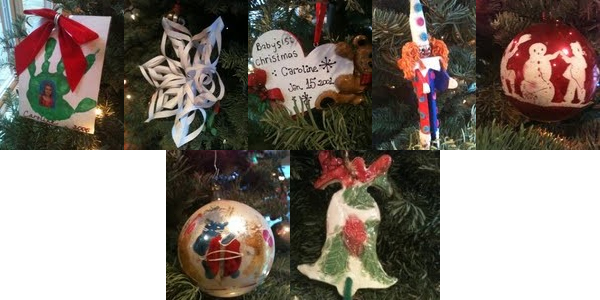 Posted at 17:12h in Updates by Sarah Barnes 0 Comments 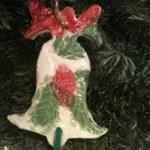 Time to pack it in. Kids are back in school and the trash bags are full of  leftover tamale shucks and hard plastic inserts to toys we’d thought we’d never get open. It’s almost like you want to leave this packaging  out as a trophy because the toy extraction is so bloody difficult. Do these things even recycle? I say no.  Out they go.

The fake wreath is packed away as well as the greenery and stockings. The tree is a much harder thing to take down, not for it girth, but for its ornaments and their meaning for me. As I came across Meredith’s little clay bell the other day, I remembered the hope it gave me.

Please insert your own wavy lines because I’m going to flash back now.

“Be careful,” her teacher said as she handed me the backpack.  “There is something fragile in the bottom.”

Meredith was in fourth grade, so during her elementary school tour of duty, she had  brought home countless paper decorations over the years as well as crafty ornaments of reindeer made of pipe cleaners and googly eyes. I treasured each one, but this one was different. As I unwrapped the tissue paper I noted it was heavier. Meredith was hovering over my shoulder and I had not seen her anticipate  my reaction before. The paper fell away and it blew me away.

“Yeah,” she said. Even Caroline, a first grader, was in awe of its solid clay construction and Meredith’s color choices. There was a little jingle bell at the bottom. Then  I remembered.

Some 35 years earlier at the same school I had made a clay  snowman and painted it. It had a blue hat and three crooked black buttons. I remembered being so excited it was “fragile” and something that would require a real hook for the tree.  Meredith had the same pride, the same sense she had created something important. It was one of the first times my elementary school experience and hers collided and presented a joint memory of creating a tree-worthy decoration. She was in special education, but the ornament looked so typical, like something any child would bring home. It said hope to me.

Meredith and I talk about it every year.

And there are others……let me take you on a brief tour.

First, the clown. Made by my grandmother Lorriane, it is meticulously covered in felt pieces and just inside the left leg is the number 3 because I was her third grandchild. That’s hung just next to my mother Adrienne’s s red ornament from the 40s featuring two children building a snowman, something that happened in Waco, Tx more often that Austin.

The fading gold ornament features three cats with musical instruments, which I like to think is a whimsical reference  to jazz “cats.” It also has a trace of fake snow from decades earlier.

And you know those  ornaments featuring your child’s school picture, laminated and put in a frame? Those used to seem sort of goofy to me, but now i love them because these ornaments are sort of frozen in time like your memory of your child. In years past Caroline has pointed out that she does not have a “Baby’s First Christmas” ornament like her sister and I’ve sort of not paid attention because it didn’t really seem to bother her that much.

Then I was in the mall shopping this year and there was a kiosk where a man was writing personal messages on ornaments already decorated. I chose a teddy bear clinging to a heart and put “Baby’s first Christmas” along with Caroline’s birthdate to  mark her entry into the world as a tree decoration.  It turns out the absence of her own ornament had really bothered her. Eyes watering, she held her up her own ornament and said “I love it. Thanks Mom.”

Caroline also made an ornament – a white star – out of  strips of paper in a method more complicated than one-handed macrame and it was so pretty I made a careful spot in one of our keeper boxes, so it would be safe for next year.

It’s always a little sad putting them away, but the beauty of the season has already abruptly turned to science homework and emergency laundry loads and errant Christmas tree needles still living under the couch.
Until next year.
Print page
0 Likes