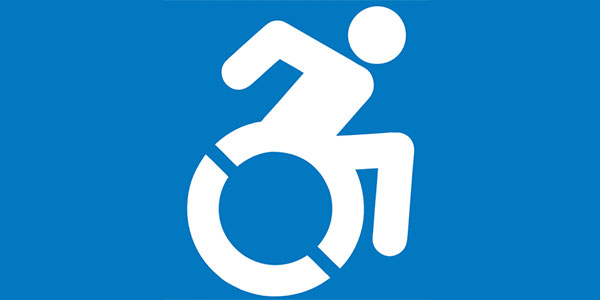 Posted at 18:42h in Statesman Columns by Sarah Barnes 0 Comments

Armed with the required forms and a doctor’s prescription, I entered the Travis County Tax Office confident that all was in order for me to leave with a handicap placard to hang from my rearview mirror.

My number was called, and within six seconds of stating my need for such placard, I realized I was in trouble. The clerk looked at me, then the form, then the prescription and then me again. Then, she nodded her head and I just knew my day was now going to get complicated.

“I’m sorry,” she said, “but the doctor’s prescription doesn’t say what it’s supposed to.” Despite calling ahead and checking with the doctor in person, I’ve been busted on a minor technicality over the doctor’s wording — a problem that appears to be based on information known only to two people in the entire city of Austin.

Politely we went around and around till the words from my mouth and the words from her mouth just couldn’t do the bureaucrat -civilian dance anymore. I asked if she could check the wording with a supervisor.

I waited. And waited. The office mood was quite jovial, and someone’s plate of homemade enchiladas was the talk of the cubicle. A person would saunter by, look at the food and make queries about who made it and how it better get eaten pretty soon or else. The laughs were abundant. It was a good day.

Not for me. As the chuckles over the enchiladas permeated my consciousness, all I could think about was how this day was just another day for a governmental office, but one of the heaviest days of my life.

They hadn’t asked so they’d never know how I had spent months agonizing over whether to get the placard for my 3-year-old daughter, Meredith, who is developmentally delayed and uses a walker.

This seemed like a “coming out” to the world that she’s not typical and, yes, we will need to park in the space with the painted white wheelchair. Did anyone here have children, I wondered?

My eyes began to mist as I pondered whether any of them ever worried their child might not walk. I wondered if they had ever endured more than 60 doctor appointments in less than three years. I had never anticipated fighting so hard for a parking space I never dreamed of needing in the first place.

I gazed across the room to the clerk, who was getting the nod from a supervisor by now. The supervisor said no. I pleaded some more. Couldn’t I just get a break?

The God of Bureaucracy came forward and decided the doctor’s wording would be sufficient for a temporary, six-month permit. Perhaps it was a sign that I only needed a temporary one because Meredith is going to walk. Someday. Soon. I entertained the happy notion that maybe Meredith would wake up on Nov. 4 — the expiration date — and take steps on her own. It would be a joyous day and the two of us would toss the placard in the trash.

That was in May. As the November date draws nearer, I know this is unlikely. But come Nov. 4, there will be plenty of progress to note.

Last spring, Meredith barely moved in her walker and today she goes several feet. I no longer get sad when I hang up the handicap placard. I just realize it’s a necessary part of life right now.

Maybe we’ve both taken some leaps since last May, Meredith and I. And that’s certainly worth celebrating. Over a plate of enchiladas.

This story was first published in the Austin American-Statesman. Sarah Barnes owns the copyright. Please contact Sarah for any use.