A year of Meredith & Me

After spending 2016 with no foot room under my desk, I now just have a handful of books ready to be bought. I have sold through Amazon, Kindle, book groups, retirement communities, Texas Book Festival and to teachers across Texas.... 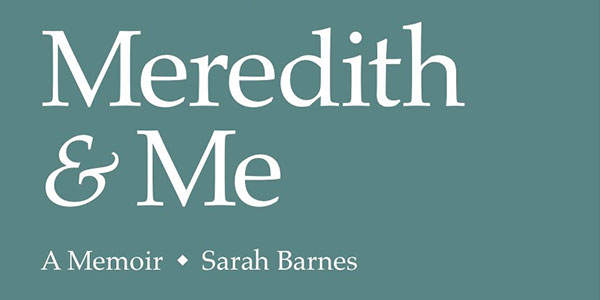 Scenes from the release of "Meredith & Me," at BookPeople on Dec. 11. This just in: "Meredith & Me" was the No. 1 seller in non-fiction for the week of Dec. 13 at BookPeople. I am  teary-eyed at that news because it's not just an author's dream...

Sarah has written a column about the joys and challenges of raising a daughter with intellectual disabilities for 15 years in the Austin American-Statesman....

By Sarah Barnes My daughter walked because of  Easter Seals Central Texas, which is a very simple way of describing one of the most important days of Meredith's life. When I learned Meredith had disabilities as an infant, one of the first calls I made was to...

It was an unassuming piece of notebook paper sitting on the kitchen table commanding no one's attention for two days. On it, my younger daughter Caroline had doodled a cartoonish face with mischievous  eyes. The paper had been folded up as if it were going to...

HB 590 passed unanimously in the education committee of the Texas Legislature! It's just the first hurdle, but hopefully this means all kids with vision impairments in Texas public schools will  have more access to a specialized service called  called Orientation & Mobility. It's a...