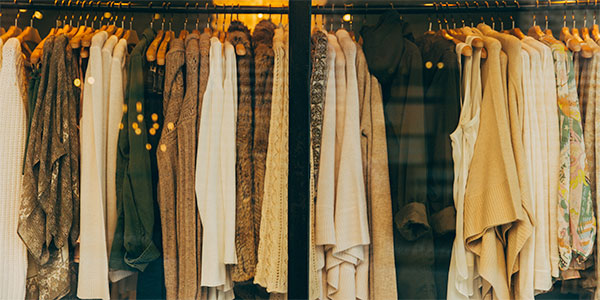 Posted at 16:19h in Statesman Columns by Sarah Barnes 2 Comments

It’s been years since I’ve had any real career clothes. Now some might not think this is a problem, but as I sort through stuff for Goodwill, I’m remembering how closely my clothes identified me.

Topping the outdated ensembles is a Banana Republic suit along with some chunky black shoes from my fashion conscious, career-girl era of the mid ’90s. Under it, the slacker look I used to wear to Liberty Lunch shows when I was trying to blend in as a college student. Then there are various belts that have lost their way. I’ve come to see it’s not so much the clothes I’m letting go, but my career, skirt by skirt.

Back then, I was sure I had the hippest job in Austin as the Arts & Entertainment editor of the Austin American-Statesman. I liked nothing more than being among the first to hear just-released material from bands like Wilco and Fastball. There was a reason why Austin is called “Live Music Capital of the World,” and I found out every weekend.

Then there were the intellectual pursuits like trying to convince a conservative editor to lift the ban on the word “suck” in the newspaper. I could think of words that rhymed with it that would be worse. Then I made the plea to get the Butthole Surfers in the paper instead of Butt____ Surfers. I lived for these arguments and I couldn’t wait to get to the paper everyday to work that job in my career clothes.

The last time I wore the Banana Republic suit was when I walked into the newsroom and abruptly quit my job after finding out my baby had serious disabilities. I left that day with a feeling of uncertainty and sadness, which still lingers today, but, in exchange, I’ve become a tough advocate for my daughter Meredith. Stuff gets done when you have been weeding out the bullshit for so long, you know?

The career girl still lies inside of me, but so does the mother. I still go to events just not in career clothes and not as an editor. Actually being a spectator is not such a bad thing. You can drink more beer, for example.

It’s true I was the reporter that never found answers to my daughter’s brain anomaly (Agenesis of the Corpus Callosum),but other puzzle pieces have fallen into place. Years after I had given up on Meredith ever writing, she got her first letter in just a few months. Somewhat like Rain Man, she has an uncanny ability to find our lost car keys in seconds with 90 percent accuracy. These moments are my art openings and CD release parties.

I have old clothes of Meredith’s too and, thanks to my hoarding, they will not see Goodwill any time soon. She won’t remember her baby clothes, bur she may remember some of her matching dresses she wore with her sister in elementary school. She will certainly remember the crazy middle school fashions of skinny jeans and t-shirts from Tyler’s.

In a few years when she is grown up, I will take her shopping for career clothes. And she will look beautiful to me because she chose them herself.