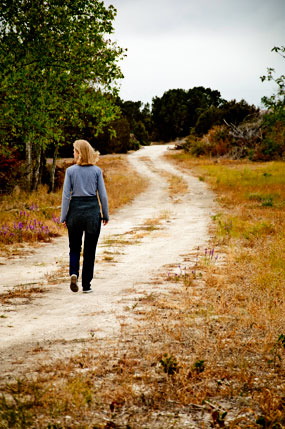 My passion for newspapering began at The University of Texas at Austin where I was state reporter for The Daily Texan. Since then I’ve written for dozens of newspapers and magazines and have recently started blogging. For the past 12 years, I have been writing unapologetically about the humor, compassion and hell bent advocacy behind raising a daughter with intellectual disabilities.

I’ve been a reporter at The Dallas Morning News, The Lubbock Avalanche-Journal, The Des Moines Register, USA Today, The Atlanta Journal-Constitution and The Austin American-Statesman.

Over the years I’ve covered trials, Texas high school football, business, government and arts and entertainment. An Austin native, I was thrilled to come back home and work at the Statesman where I covered the airlines, oil and gas and general business. I moved to editing in the mid-90s becoming the  Arts & Entertainment Editor, where my main duty was filling a 76-page entertainment magazine insert on a weekly basis.

Doing journalism from the other side – editing – had its disadvantages, but the thrill of organizing coverage of events like South By Southwest where hundreds of bands and venues were vying for press was truly powerful. Stunning, really. And the best part was leaving the  paper at 2 a.m. and finding the buzz bands yourself.

Suddenly, it all changed

I told everyone nothing would change when I got pregnant because I already had a nanny, but bad things were bubbling up all around me during my maternity leave as I tried to ignore my daughter Meredith’s lazy eye and slower development. The day I watched her go into the MRI tunnel, I wondered if I’d ever be able to return to journalism again. Something much bigger was happening. That night a doctor I barely knew read me Meredith’s fate. As I scratched out complicated medical terminology on grocery store receipts, the doctor said she had Agenesis of the Corpus Callosum, an anomaly where all the middler fibers of the brain are missing so her two hemispheres do not have a way to communicate. The next day I quit a job I loved for a baby I loved more.

I still have the receipts and the word “missing” is underlined several times. But it turns out having a corpus callosum is sort of overrated because Meredith did learn to walk and talk and say “bon appetite” after feeding the cat. She has a boatload of academic struggles in her special education classroom, but I do think she will find a way to contribute when she is an adult.

I began writing about my experience with Meredith when she was two and it turned into a column for the Statesman called “A Different Road.”  The editors have found reason to run this column for 12 years. On any given day my keyboard takes me from humor to frustration  to compassion as I  share experiences from my  irrevocable mass of towering responsibility. It’s mostly the humor that gets me through.

Lately  Meredith has turned into someone I don’t even know – a teenager. My life with her lately has been about as fun as a flu virus.  This, of course, only makes the bond deeper, the fodder denser. And did I mention she has a younger sister? Oh, just wait.

Bestowed  by the  Texas Governor’s Committee for People With Disabilities, I received the Barbara Jordan Media Award in 2016 for my book, “Meredith & Me: A mother and daughter on a profoundly different road.” My book follows my daughter’s physical and cognitive development for her first 18 years. It’s a eyes-wide-open memoir about unthinkable news and  how a mother deals with a life changing diagnosis for her daughter. I also won a Barbara Jordan Media Awarding 2010 for best commentary in a Texas newspaper in 2010. In the editorial, I detailed the dismissive attitude toward students  in special education, the non-inclusive culture and offensive traditions, which included  having my daughter wait outside behind locked doors before school every morning until a teacher or aide came to let her inside. Months after the story ran, the middle school had corrected many of the problems and a high school used the story in a brainstorming session for their special education department. It was also studied by the administrators in the Austin Independent School District for determining how to distribute federal stimulus  money in special education classrooms.

I just completed a book on my life with Meredith  and the experiences of a family living in Special Needs Nation. As I continue to shop for a home for that book,  I’m eager to continue speaking  about my experiences in raising Meredith and the state of special education, which is abysmal from my perspective.

“Sarah Barnes brings her readers the double gift of serious reporting combined with poignant first person exposition. Using journalism skills honed over many years spent in award winning newsrooms combined with a deeply heartfelt, incredibly personal style, she regularly offers both heartbreaking and uplifting tales of her life as the parent of a child with disabilities.”

Spike Gillespie,
Austin luminary and author of four novels, including “All the Wrong Men and one perfect boy”