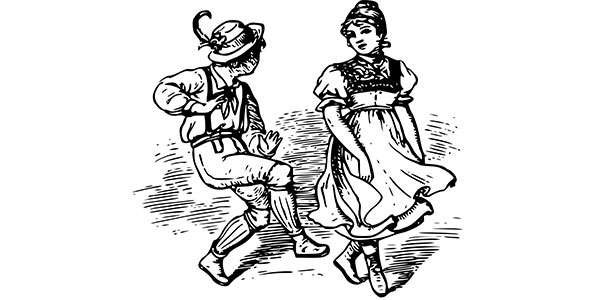 Posted at 15:43h in Statesman Columns by Sarah Barnes 0 Comments

With Meredith, we can’t predict everything. Sometimes that’s good.  In the early days of our baby’s diagnosis, doctors and therapists told us that there was no telling how her developmental delays would play out. She might walk on time or she might be 4. Speech could come easily or not at all.  No one could give us any answers. Then one neurologist in Houston went out on a limb.

“I think by the time Meredith is in kindergarten, she’ll be walking and talking,” he said. “Stop going to doctors. Just go home and play with her.”

His words were golden and fairly accurate, though this doesn’t happen for every parent. But for five-year-old Meredith, she can walk with assistance and has some speech. After all the therapy and worrying, I now realize the doctor’s words referred to only a tiny piece. More importantly, I see a little girl brimming with happiness despite her challenges. You only need to visit her classroom to see that.

I recently showed up just in time to see Meredith sitting in a circle with her classmates waiting for their teacher, Mrs. Vail, to put on some music.

As soon as the music started, Meredith, who was sitting in a chair, leaned forward until her hands were on the floor. Her knees soon followed. She crawled a couple of feet toward Jackson, an adorable little boy with reddish-blond hair and expressive brown eyes. Jackson got the hint and stood up. Meredith raised her hands from below and Jackson reached down to clasp them. With the help of Mrs. Vail, he brought Meredith to her feet.

Now they were both standing, with Meredith holding Jackson’s hands for balance. Jackson took the lead and they begin going around in a small circle.

Meredith smiled broadly and even shrieked with delight as Jackson showed her how to jump in time to the song. His face told me he was having a good time, but I also could see that he was providing Meredith with the approval and interest that can only come from a peer.

My hand was over my chest and I had to blink back tears. Watching their one-on-one moment, I realized this was something I could never teach Meredith. This was a moment the Houston doctor could have never predicted. And the realization for me that Meredith and I really might shop for that prom dress someday.

I wanted the moment to last forever. Once back at home, I asked Meredith about it.

“What did you do during circle time?”
She answered with a one-syllable word sounding like “dance.”
“R-e-a-l-l-y? Did you dance with a boy?”

I expected her to say “yeaah” in her characteristically happy tone.

“Yeah,” she said in a tone reserved for a new experience.

Just like a typical 5-year-old, Meredith has a special someone — maybe even a crush.

I hope she never forgets her first dance with Jackson, or, that their song is “Shoo Fly Don’t Bother Me.”

More importantly, I hope Jackson will always look for a Meredith with whom to dance. She might be awkward on her feet, but her heart will be all his.

This story first appeared in the Austin American-Statesman. Sarah Barnes owns the copyright. Please contact Sarah for any use.